Do you have a great idea for an original ensemble drama? If you can bring that idea to life in a pilot script, you’ll find producers and agents pay attention because this genre can be some of the most addictive and long running on our screens. You might just strike gold. 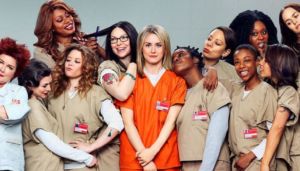 Just to be clear we’re talking about the same thing; in ensemble drama, the story or action is shared between a group of characters rather than one or two. Each episode might contain the stories of different characters, or it might follow a different one each time. Usually, although not always, the characters are linked or bonded in some way – or at least inhabit the same world.

There are no hard and fast rules (there never should be in writing drama, this is art, not the Highway Code) but there are a couple of basic ingredients from which any successful ensemble show will be made;

Firstly, a diverse range of characters with distinct behaviours, voices, and minds, layered and surprising enough to stand up to the focus that will repeatedly fall on them.

Secondly, a world that is richly imagined and can, in interaction with the characters, produce the conflict, struggles and changes that drive the stories.

These components in tandem with each other work on a scale that can be as large or miniature as you like, in a tone that is as melodramatic, gothic, melancholic, romantic, witty, cynical, or satirical, as suits your voice.

You’ve conceived these great characters and fascinating world packed with the seeds of wonderful stories. But where on earth do you begin?

You only get one chance at that introductory episode; you have to make those precious minutes of screen/script time work hard.

You’ve lived with your characters for months while you developed them, you know them better than your own relatives; the way they come across in public but feel inside, how they react to stress and why that is. You know your World, you’ve researched it or lived in it yourself, or imagined it in such detail you could walk through its streets or over its fields and feel your way in the dark. But the audience; they don’t know a thing.

And, what is more important, at this stage, they don’t care.

By the time they get to the end of that first episode, of the two the most crucial to the success of your project is that even if the audience don’t know everything, they really do give a damn.

I’ve been looking at some of the biggest, best ensemble shows of the last ten years or so (if you haven’t seen any of these and don’t want spoilers, look away now because I’ll be talking about details) and analysing how they drew us into their world within the first sixty minutes, how they engaged us emotionally so that we would need to come back.

Even the most tonally different series can hit the ground running using surprisingly similar techniques. For the rest of this blog I’ll look at one classic approach. We could think of this as “A stranger in a strange land”.

Let’s look at Netflix Orange Is The New Black set in a US Women’s prison and the hugely popular British drama from Neal Street, Call the Midwife.

In the opening moments of each, the audience is presented with a very recognisably “one of us” young middle class woman. And even as the first seconds tick by they see her thrown out of her comfort zone and into the new world of the series like a fish out of water.

In Call the Midwife we see a neat perhaps slightly prissy young girl cycling down through the docks, openly stared at by the men working there; she’s uncomfortable; priggish even. A few seconds later she passes two working class women brawling and swearing at each other, they are shockingly raw and crude. Our nice polite young girl is clearly appalled at the behaviour but watches as a tough-talking Nun; Sister Evangelina, wades in and breaks it up; tough as old boots.

In Orange Is The New Black the audience watch a flashback montage of a little golden haired girl enjoying bathtime, then in an intimate moment in the shower with a boyfriend, then in a grotty public shower with a crowd of other women all of whom terrify her. One unpeels her towel and tells her assessingly; “you got dem Hollywood titties!”. Entirely at a loss in such a situation our central character reverts to her nicely brought up middle class manners and says “Thank you” before scurrying away, appalled.

These focal characters work because of the sharp contrast they provide with their new environment.

For Call the Midwife Nurse Jenny Lee is revolted by the filthy crudeness and poverty she finds, and despite her training she’s appalled by the disease – to get that sense of shock from the audience we find her discovering a woman with a syphilitic shanker “down below”. No holds are barred. “How could she not even care?” asks Jenny, scrubbing her fingernails in horror. The audience feels that same visceral revulsion and bonds with Jenny; her journey will be the audience’s journey now.

Writer Heidi Thomas, a master of character storytelling, introduces Jenny Lee to each of her new colleagues; and the audience sees them all through her first impressions; the little quiet childlike one, the girly flirty, fun one, the motherly kind one, the tough-love, Sister Evangelina.

Piper Chapman in Orange Is The New Black skimmingly assesses her fellow inmates in a similar way. The sassy funny punky one, the hippy yoga one, the wise, friendly ex-nun…

This “first impressions to the newcomer” approach is very useful to a writer; the sense of each character is mapped out quickly just as it would be if we were to meet new colleagues for the first time. Only a deft line here and there undermines each stereotype and hints at the depths of more interesting characterisation to come.

But for the opening episode of each of these shows, the way the writers take their audience and their focal characters are different. They define the series to come.

As the first episode of Call the Midwife goes on and Jenny and the audience become used to the world within the walls of the Convent, learning the rules, the codes of behaviour, we find there is succour here, both in the form of prayer, charity and a cup of hot chocolate when you get in late at night after a long gruelling shift. The pain and distress and poverty outside the walls can be coped with because this is a safe place.

And Jenny, our prim young cyclist has successfully completed an important transformation into Nurse Lee. She has started to see past the dirt and uncouth behaviour. The women she serves, she comes to realise, are the real heroines. Because they carry on raising and caring for their families despite the appalling conditions in which they live.

A golden glow of values learned ends episode one.

The journey for Piper Chapman is rather different. She too has rules to learn. The official rules of the prison; where to stand to be counted when the siren sounds, how not to make the bed etc, .and the unofficial rules of the prison set by the inmates themselves; who she can sit with in the canteen – ie other white people “it’s not racist, it’s tribal”. And from being utterly terrified as she enters the world, because of the eccentric but essentially not-as-bad-as-she-feared characters who seem to populate the new world so far, she is lulled into a false sense of security.

Relaxing for a relieved second with her new mates in the canteen she confides jokingly “The food here is disgusting!”

One of her new “mates”. The Russian one with shoulders like a WWE fighter; cooks that food. The others stare in appalled silence.

Piper has broken one of the rules of her new world and now has to pay for it. For days, she is served no food at the canteen. Simply refused. And after she apologises to Red, at her next meal she is served a muffin inside which is a tampon; “rare” as cell-mate Nikki describes it, hooting with laughter. It’s going to take more than nicely saying sorry to right a wrong in this place.

Rushing out to the yard to get some air (like the audience, blenching as they watch the tampon in the bun incident), Piper is shocked out of her skin to find another prisoner watching her; the person she dreads and loathes above all others, who she believes got her in jail in the first place. Her ex-girlfriend.

And we end the episode there. What the hell’s going to happen to her now?

Another show using the same “stranger in a strange land” technique is Lost.

This high concept show has a remarkable and unusual world in which, due to an airplane crashing into a desert island, everybody is a stranger, both to the place and to each other.

But the writer has again chosen the central character wisely. Whereas for Orange Is The New Black and Call The Midwife Jenny and Chapman are used because we can empathise with them and because they give great contrast to their new environment, in Lost, Jack, the surgeon, is the most useful man on the island.

The first minutes see him drag survivors from the plane which has just crashed and is still partially on fire, administering first aid here, resuscitation there, swiftly organising the other survivors to protect themselves and each other.

Lost uses the human instinct not of empathy but of adrenaline to drag the audience into the world. This is life and death stuff and it all happens really fast, breathlessly, barely a word is spoken for the first ten minutes.

The idea of gaining consciousness as Jack does to find yourself a survivor of a plane crash with many passengers dead is a dreadful situation but this show places it on a technicolour desert island. Instead of abject terror there is already a sense of exhilaration. Lost has something of the feeling of a video game; how long can you stay alive on this unexplainable island with this random bunch of other players? But if you were going to pick a character to be, who would you pick to play this game? Yes, someone who could sew up wounds, help with a birth, start a heart. Young, healthy, athletic and with several years of medical training. That’s Jack.

Again we see through Jack’s point of view a quick assessment of the characters who surround him. Perhaps less original types than the other shows we’ve looked at; but that doesn’t matter. This is not a show about human subtleties. This world isn’t one where you have to learn the rules like those above, because here, there are no rules. On the island in Lost we learn very quickly there are not even the usual laws of nature; this show is going to be full of the rush and push of monsters and madmen and nightmares.

Because of this lack of learnable rules this is not going to be a growing up/learning curve for Jack or anyone else; it’s going to be about the thrill of keeping alive.

The writers of all these shows concentrate on these central characters allowing the audience the time and space to get to know them. There is barely a scene which is not from Jenny or Piper’s POV (point of view) there are a few more in Lost but the principle remains.

In the part two I’ll look at a few more ways that great writers have opened the doors to some unmissable ensemble shows.