We passionately believe all screenwriters should have the opportunity to discover, develop and achieve their full potential.

Script Angel was founded in 2011 by experienced script development professional Hayley McKenzie. After many years working in the film and television industry, Hayley realised that writers struggling to break in didn’t have the opportunity to work with experienced script editors to help them develop their work.

Inclusivity lies at the heart of Script Angel’s values. All of the team passionately believe in the need for multiplicity of voices, perspectives and stories on our screens. They want to celebrate and amplify diversity of experience by helping writers from all backgrounds to be heard.

Helping writers with talent and professional ambition to unlock their potential and develop the skills they need to breakthrough drives the company’s endeavours.

Script Angel’s flagship screenwriter coaching programme was designed to replicate the one-on-one professional script development process that commissioned writers experience. It has developed to put the writer and their personal goals and aspirations even more front-and-centre by incorporating a personalised career development strategy to guide the script development work.

As word has spread about the high quality service we provide to emerging writing talent, so the Script Angel team has grown to enable us to help many more writers, all over the world.

Our team are passionate about helping screenwriters achieve their potential.

Hayley has extensive film and television experience, script editing in development and production for over fifteen years. She was Development Executive at ITV Studios and has script edited UK shows Casualty (BBC), Blue Murder (ITV), and Hollyoaks (Channel Four) and feature films including Papadopoulos & Sons and The Watcher Self. As a producer, Hayley’s short film Love in the Afternoon secured a distribution deal with Shorts International.

With a passion for helping develop new writing talent, James has also helped run the Shadow Writing Scheme for Holby City and been a Script Consultant for Screenwriting Goldmine. As well as script editing, James has written on The Dumping Ground (CBBC) and a shadow scheme script for Doctors (BBC1).

Katherine Lannon is a BAFTA-Cymru award-winning producer and experienced script
development professional.
After a background in scheduling and commissioning at the BBC Katherine worked in BBC
Drama where she developed the daytime soap Doctors and high profile dramas on Stephen
Hawking with Benedict Cumberbatch and Beethoven’s Eroica which won the Prix Italia.  She
then built a reputation for producing single films and dramas including BAFTA-Cymru award
winning feature length drama for BBC Two Shirley a single film about the life of Shirley
Bassey. Other producing credits include The Secret Life of Mrs Beeton for BBC Four, The
History of Mr Polly for ITV, Lennon Naked for BBC Four, Lawless and a Little Cracker for
Sky.  In 2017 Katherine produced her first feature Last Summer.
She has worked in a range of development and script editing roles including for the BBC,
Channel 4, Talkback Thames, Ecosse Films, Hillbilly Films and World Productions.

Douglas Dougan has worked in script development and production for over 15 years. After graduating from Stirling University with a degree in Film and Media, he worked as a dramaturg for Edinburgh’s Words and Actions Theatre Company. After stints as director of Edinburgh Mediabase and a development producer at the BFI funded Cineworks film programme, Douglas worked as a development officer in Scottish Screen’s film department. He set up his own production company in 2005. Among their credits are the BAFTA Scotland award-winning Run, Tony, Run!, Mono (BBC Three Film Award), Waiting for the 42 and Half Way Home. Douglas works regularly as a script consultant for independent producers and national funding agencies. His credits as a script consultant include the multi-BAFTA award winning dramas Margaret, Small Island, Five Minutes of Heaven, Occupation, Killing Bono, Sex ‘n’ Drugs ‘n’ Rock & Roll and ’71. With a passion for helping develop new writers, Douglas created and teaches the year long screenwriting programme at University of Edinburgh.

Phil is an experienced script editor who has worked on Flesh and Blood (ITV, by Sarah Williams), Black Earth Rising (BBC2/Netflix, by Hugo Blick), Doctor Foster series 2 (BBC1, by Mike Bartlett), King Charles III (BBC2, by Mike Bartlett), and Holby City (BBC1). He has worked in the development team at Silverprint Pictures (ITV Studios) and Drama Republic. Prior to working in drama he was a researcher and co-ordinator for factual producer CTVC.

Also a professional screenwriter, Phil has scripted several episodes of Holby City for BBC1. He has won the BAFTA Rocliffe TV Drama competition, made the top 10 of the Final Draft Big Break Competition, and was a finalist in the C21 Script Competition. He’s written numerous audio dramas for Big Finish Productions, including various Doctor Who adventures. He was a founding member and a lead writer for comedy theatre show The Fitzrovia Radio Hour.

Sarah is an experienced script editor and development consultant with a passion for comedy, character-led drama and horror across film and television.

Currently script editing a new series with Aardman Animations, she has also written and script edited on numerous audio comedy shows including Slaving Away for Amazon Audible and BBC Radio 4’s award-winning The Skewer.

Rachel has almost twenty years’ experience working in scripted development in the UK television drama industry. She has worked as a senior script editor and producer on award winning shows including EastEnders, Hollyoaks and Brookside. Rachel is passionate about developing new writing talent and mentors new writers joining the Hollyoaks writing team.

Also a professional screenwriter, Rachel has written over fifty episodes of the award-winning teen/YA drama series Hollyoaks. She also has several original series currently in development.

Rachel’s passion is bold characters and the small interactions of people in everyday life that create the larger stories we love to see on screen.

Jane Dauncey is a BAFTA-winning creative drama Producer, Executive and Series Producer who has  produced award-winning drama for the BBC, Channel 4, Sky and ITV. She founded independent production company Machine Productions and has previously worked for Kudos, Hillbilly Films, ITV Studios, Fiction Factory, Tidy Productions, BBC Studios, BBC Scotland, CBBC and the Royal Shakespeare Company. As a mentor and executive producer, Jane trained a young team in Cambodia for BBC Media Action across two major drama series. She is on the Board of the MA in Screenwriting at Glasgow Caledonian University where she regularly teaches.

She has been on award winning writing teams, receiving a Writers’ Guild Award, British Comedy Award, International Children’s Emmy, BAFTA Children’s TV Award and her radio work has been nominated for the Prix Italia Award.

David is a filmmaker and script consultant, and the annual moderator for the Rotterdam Lab. He has worked as a script consultant with Oscar and BAFTA nominated producers and screenwriters. David is the director of Advance Films with whom he has a slate of projects, including The Belonging. Directing credits include award winning film Miles From Nowhere.

We love to keep in touch with our former screenwriting coaches.

During her tenure at Miramax, Kellye supported the development and production of projects including THE 9TH LIFE OF LOUIS DRAX, BAD SANTA 2 and I, TONYA, and worked with writers and directors such as David Wolstencroft, Ol Parker, Kieran Darcy Smith, and Shauna Cross. In London, Kellye has worked with companies such as The Bureau, Mammoth Screen, Carnival, 42, and Bill Kenwright Films.

Most recently, she supported the writers room for the English language remake of the French series CALL MY AGENT (Headline Pictures). Kellye holds a Bachelor of Fine Arts in film and television production from NYU’s Tisch School of the Arts.

She began her career at Verve Talent & Literary Agency, working under literary agent Bill Weinstein, before going to work for producer Julie Yorn on the set of WE BOUGHT A ZOO. Born and raised in Southern California, Kellye has worked with talent from around the world and is passionate about helping writers craft stories which hold true to their originality of voice, with the greatest potential for commercial and critical success.

Monica is an experienced script development professional, working on shows such as Netflix drama Medici: Masters of Florence (with showrunner James Dormer) for writer / producer Frank Spotnitz at Big Light Productions. Monica started off in film, working for independent producer Stephen Woolley at Number 9 Films before moving into television.

She has script edited on a range of television shows including Inspector George Gently (Company Pictures for BBC1), The Musketeers (with showrunner Adrian Hodges, for BBC Studios) and Fungus the Bogeyman (Imaginarium Studios / Double Negative for Sky 1).

Monica has co-produced the BBC Writersroom TV Writers Festival and is inspired by great storytelling. She enjoys helping writers to flourish and develop their unique voice.

Jay has a passion for developing emerging writing talent, having worked extensively as a script reader, including for the BBC’s Continuing Drama Shadow Schemes, It’s My Shout (short film scheme), BBC Writers’ Academy and the Wales Drama Award.

Currently: Development Executive at The Lighthouse

Previously: Development Executive at Bad Wolf, including script executive on ‘His Dark Materials’ for BBC1.

Who we work with

We work with writers at almost every stage of their screenwriting journey.

We can help you get from the screenwriting basics to the next stage of your skills development.

Writers on the verge of turning professional

Helping competent writers to elevate their work to industry-standard.

We can provide professional script editing support to help you develop your next project.

We love to partner with organisations who share our mission and values. 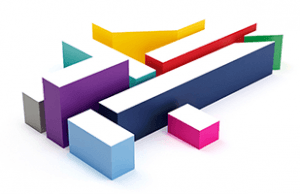 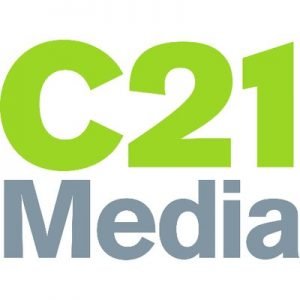 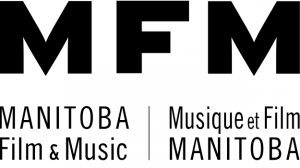 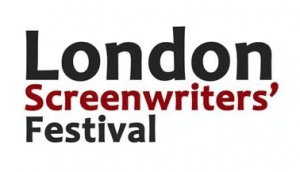 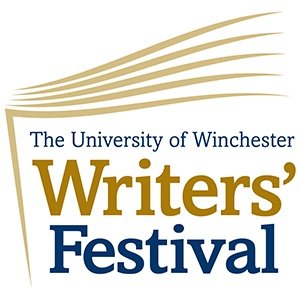 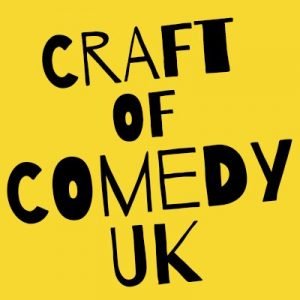 “Insightful, sharp, kind and honest. I’ve developed my screenwriting craft, gained speed and most importantly confidence in my abilities.”

"My Script Angel coach has helped me achieve vast improvements in my writing. I can’t recommend Script Angel highly enough"

Commissioned to write several feature films scripts, including 'My Day' which is currently in post-production. Shortlisted for the BFI/Creative Skillset iFeatures scheme and the Film London Microwave scheme.