Voiceover, To-Camera and Flashback as narrative power in drama by Lucy Hackney

So far, we’ve looked at the power of voiceover and to-camera narration to place the story in the mouth or mind of one or more characters, and to position it in the immediate now or in the past. The other device that writers use in playing with this time structure is obviously flashback; when a portion of the story of the past is inserted into the drama.

There is the classic use of flashback, a very useful tool in the telling of a mystery story in order not to have a wordy explanation of events at the end. As with voiceover, this is sometimes considered a bit corny and a short-cut in some circles. But really, it’s all in the choices a writer makes. 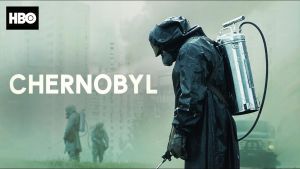 Whose truth is it?

Think of Broadchurch by Chris Chibnall. In series one, for all that it feels like a modern vibrant piece of detective drama, the writer has chosen to stick to most of the classic rules of the small community murder mystery; a closed group of suspects all known to each other and within close geographical proximity; on this occasion the idyllic little fishing town of Broadchurch in Dorset. In the final episode as the murderer confesses, his words turn into a five minute depiction of the young victim’s last hours. It is just at the moment when the detective character played by David Tennant has put the final piece in the jigsaw of the case.

This is good, well-earned use of flashback; we are longing to know after seven episodes of scraps of evidence, trails gone cold and false accusations what actually happened and now we are allowed to see. Or at least, we should bear in mind, we are allowed to see what the killer confesses.

Ultimately this is the way the writer has decided to give us the past – it’s going to belong to the killer. It’s not quite his fault this version suggests, he’s not got real malicious intent toward the boy. It’s almost accidental. Almost. We, like the characters in the series can draw our own conclusions about that. Perhaps this is why it feels so unresolved, so painful and so unjust. The family, friends and even the police are still excluded from understanding, let along owning, the victim’s last hours.

In Craig Mazin’s shocking mini-series Chernobyl, the final episode uses an extended flashback of the day leading up to the explosion; who bullied who, who decided tests were unnecessary, who heroically risked their lives to prevent the disaster.

Mazin does seem to declare this as absolute truth: it’s not as seen through any one character’s eyes, it’s certainly not the testimony of our reluctant hero in the show trial. He knows some of this, has decided he must declare some of it, despite the criticisms of the Soviet system inevitably ruining his career.

But the flashback comes to us pure and unadulterated from the pen of the writer. Such is the god-like power of the dramatist. And this, we can’t forget, really happened. Craig Mazin takes on the responsibility, as any factual historical dramatist does for deciding what did and did not happen. Quite a burden.

Knowledge is power – putting the audience in charge

If these two examples are all about showing us what is true, it can also, of course, be used in to point up what is not. In the first season of Unforgotten by Chris Lang the detective partners head out to investigate a historical murder; the body of a young man found under the cellar floor in a hostel. Date of the crime is found to be in the late seventies, so as turns out to be the style of this show in all series thus far, everybody with any links to the young man has very much moved on with their lives. They are almost different people now. But not quite. All the people named in Jimmy’s address book “can’t remember, sorry”, “don’t think I ever met him”.

And as they each apologetically deny knowledge we are given a quick blurry flashback, a pulse of unbidden memory in their minds’ eye of a moment when their lives very much connected. The flashback belies rather than clarifies their words. This places us, the audience, in control of the knowledge. Unlike the detectives listening, we don’t have to guess whether the suspects are lying; we know they are, we have read their minds.

The very idea of flashback is based around that of time travel in story terms so it’s not surprising that more playful writers have adopted it to purposefully mash up the structure of their work.
In the 2005 film Kiss Kiss Bang Bang by Shane Black, an amiable if wry voiceover lets us know from the off; “Hi, I’m Harry Lockhart…I’ll be your narrator”. We are clearly going to be in for a structurally interesting ride. But the cynical wise-cracking detective at the heart, our “narrator”, rather than being the hard-boiled real thing of the likes of Devil in a Blue Dress, is instead a petty criminal posing as an actor who mistakenly gets sent to Hollywood to train with a real detective.

The whole conceit is preposterous and riddled with deception but in a light-hearted way that beckons us in on the joke. The other thing that is preposterous, but in a good way, is the time structure. The action is suddenly paused mid action as Harry admits “Shit, I skipped something, rewind the film; this is bad narrating” and we flash back to a vital bit of character backstory.

He keeps up this flitting back to fill in detail and plot, sometimes actually changing what it is we see as he re-hashes on the hoof how he is going to deliver the story. This is the story as owned and told by Harry, but he’s not attempting to exclude us or con us, just as long as we still like him.
Where does your story start?

Then we have perhaps the ultimate version of this messing around with the timezones; Rob Bryden and Steve Coogan’s A Cock and Bull Story; fictional filming of a new version of the “first modern novel” Humphrey Clinker. One of the points of the rambling “picaresque” novel is endlessly to dither over the idea of where a man’s life story begins; and what need it include. The film takes on-board this idea to the maximum with Coogan narrating as Clinker.

Initially he chooses to begin with the scene of his birth, but then feels obliged to give us the context leading up to that; his how and where was his conception, then, in case we need it, the details of his Uncle’s participation in the wars years before, his own injury as a boy…back and forth we go until the idea of forward motion in one narrative timeline is quite abandoned. This script adds in the endless business of shooting the film of the book; with filming itself a notoriously back and forth and stop/start/rewind procedure. It’s funny, maddening and tries your patience.

But it gives you an insight into how our own memories, family histories, and desire to be seen go into the ever-changing autobiography of ourselves that plays and shifts and is edited in our own heads.

The writers in all the examples across these three parts have used the power of these narrative and structural devices not just to prop up weaknesses in the storyline or jazz up a flagging atmosphere. They have created alchemy by putting who tells the story to who and how, when they tell it at the very heart of the concept of their drama.