Voiceover, To-camera, and Flashback as narrative power in drama by Lucy Hackney

Show don’t tell. So runs the abiding motto of the dramatist.

But…as with any rule for every artist, it rather depends what you want.

The use of voiceover (in which the disembodied voice of a character or writer speaks over visual scenes) is considered “cheating” by some gurus because it can be used to tell the audience the plot, emotional state of the characters and other things which should by rights be made obvious through action. And if that was all it were doing I think we’d all agree it was weak easy drama.

But it should be not just be earning its keep but bringing things to the writing that nothing else would. 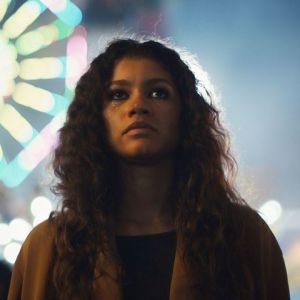 Let’s look at tone; after decades of adaptations of period drama, some good, some not so good, that “authorial voice” has brought with it a hallmark of the “literary” and perhaps the nostalgic. But that’s not necessarily a condemnation. Perhaps it’s exactly what you want?

Think of the slightly misty eyed voiceovers at the top and tail of each episode of Call The Midwife and of Lark Rise to Candleford. Both dramas, each an adaptation of a memoir by an older woman looking back on her youth, rely heavily on conjuring a sense of an era. All the action, in both shows, is seen through the filter of fondness.

Both have the comforting tone of being told a story by an engaging, kindly grandmother figure; “There were always skylarks hanging in the sky over the fields of dark gold” begins Lark Rise and we are transported into the charming rosy yesteryear that is the essence of the show. “Why did I ever start this? I must have been mad!” begins Call the Midwife, laughing gently at the green girl she was back then, shocked to find herself truly out of her comfort zone. Both series were commissioned for the Sunday night early-evening slot when first broadcast on the BBC and this tone hit the spot perfectly.

And at quite the other end of the spectrum, any charges of sedentary storytelling are blown out of the water by the adaptation of Irvine Welshes novel Trainspotting with the famous “Choose Life” extended voiceover opening sequence. The images and sequences of get-aways and drug use are both heart-pounding and blood chilling and the voiceover by Ewan McGregor relishes every dirty nerve-racking second. He proudly, scornfully lists all the aspirations of the despised middle class “Chose Life, choose a job, chose a career, chose a family.” and his thief’s, junkies life we are immediately aware is the result of spitting on these choices.

Using voiceover here, rather than allowing us to glean the character’s opinion through dialogue and action is a decision to thrust that point of view (in this case utter rejection of societal expectations) in the audiences face with no messing. This is who we are it shouts and if you don’t like it you can… get lost.
Look at the opening sequences of Paul Abbot’s Shameless for a similarly unrepentant, confrontational approach – and recently released, Danny Brocklehurst’s Brassic. It feels for me like a strong decision to allow the underclass protagonists of these shows to have their own voice. They may be deeply flawed but they’re not being judged in this writing by anyone else; this voiceover suggests they have ownership of their own story. At least until it reaches the audience.

Ultimately, when used with a bit of thought, voiceover works to push one particular character’s story, one person’s truth, one person’s level of knowledge and understanding of events.

There’s a whole other level of omniscience in Sam Levinson’s hard-hitting teen drama Euphoria. The central character, Rue, tells us in often slurred, mumbled voiceover , her own sad life story starting with her own flashbacks cameo to happier childhood times. Then, in subsequent episodes, she goes on to tell us about all her peer’s childhoods and inner feelings. As a “real” character she couldn’t possibly know all this information so why might the writer have chosen to give this time to her rather than let those other characters speak for themselves?

Interestingly, the tone of voice Rue uses to relate her schoolfriends childhhood’s over the flashbacks is curiously neutral. It’s not the same relaxed informal tone with which she chats about her own life “I know what you’re thinking; Rue, don’t give yourself a kidney infection!” This voice is strictly non judgemental, just letting us know the facts. It is Rue’s voice but doesn’t seem to be Rue’s personality. It’s intriguing.

Rue doesn’t just own her own story here, she is owner of this entire series world. Rather in the way, perhaps, that teenagers do still place themselves at the centre of the universe, exacerbated by the whole “selfie” culture and by the fact Rue is riddled by not only drugs but inner turmoil. If the histories of all her peers had been voiced by them it would have felt a far more “ensemble” piece. This is meant, perhaps, to be claustrophobically, inescapably, unbearably, the inside of one girl’s head.

For me personally, I find it slightly too much, even though I’ve loved the show. I wanted more moments away from Rue’s thoughts and able to make my own observations as an audience member, but there’s no denying its effectiveness.

With all these examples we see writers add huge value to their dramas with a voiceover above and beyond expositional narrative.

They give tone, atmosphere, ownership, and focus knowledge. The voice may be off camera but it is bringing vital life to the drama.

Next time the narrators step into the spotlight themselves as we look at “To Camera”.