What Is A Writer General Meeting?

Lifting the lid on the general meeting. You finally persuaded a producer or development executive to read your spec script (or your newly acquired agent/manager has) and… they LOVED IT! Ok, so maybe not enough to option it, but they would love to meet with you for a chat.

Congratulations, you’ve got your first general meeting. So, what is a ‘general’, what should you expect and how do you prepare for one? 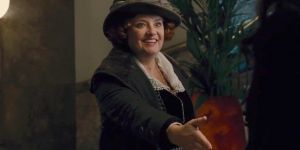 What is a general meeting?

A general meeting is an informal meeting with a producer or development executive who has read and liked your work. If you’ve got representation and your manager/agent has got you this meeting, chances are they’ve got you a whole series of them, which collectively (especially in L.A) has become known as a ‘water-bottle’ tour.

The key thing to know about them is this: general meetings are about building relationships not selling your work.

If you take them in that spirit, you won’t go far wrong. Of course, they may want to develop the spec they’ve read (though it’s highly unlikely) or they may hire you to write something they’ve got in development right there and then (though that’s equally unlikely).

Hopefully those things will come and today’s general meeting is a chance for you to get to know each other as a first step on the road towards those opportunities.

What should I expect?

They’ll probably compliment you on the work that got you in the room. They are very unlikely to give you ‘notes’ since they aren’t optioning that project, but they may want to know about that project’s history, what inspired you to write it. That said, I know one writer who recently had a general in which the spec they’d sent didn’t even come up in the conversation!

They’ll tell you a bit about their company, what they are looking to make and do. The key here is to actively listen. Don’t use this bit of the conversation to mentally run over the logline of your other projects. Remember, this is not about selling, this is about getting to know people, finding people in the industry that you connect with (a bit like speed-dating) and building relationships.

Ask questions. Be curious. Listen. This is an intel gathering opportunity; a chance to better understand the industry’s development community and get to know who’s doing what.

They may talk about something they have in development that might be right for you – an open writing assignment. If anything sparks, follow up both in the room by asking questions and later by email.

They will probably ask you about your goals and what you’re looking to do in the industry. They’ll almost certainly ask you what kind of things you write.

This is an opportunity to clarify your own story and voice as a writer. And the key to this is…

They may ask what else you’re working on. It’s ok to talk about projects you’ve got in development with other companies (though you don’t have to) but they will be most interested in ideas you have that they could develop with you. So do talk about ideas that are at quite an early stage. You’re not pitching, you’re exploring subjects, genres, stories that are of shared interest that could lead to working together.

Be selective – don’t empty your bottom drawer of ideas on them but instead talk about one or two things that you’re most excited about.

How should I prepare?

Do your research. Not only the company you’re meeting but also the executive themselves. What films/tv shows has the company made, what have they got in production, what have they got in development (check the trade press for updates). Also, look at the executive’s previous experience and credits. Have a quick social media search in case you can unearth some mutual friends or connections.

Get there early – and if you’ve really overdone it and arrived an hour ahead, find somewhere nearby to hang-out until you’re a more reasonable 5-10 minutes early.

Be courteous to everyone you meet. People will tell you it’s because the assistant today will be the executive tomorrow, but really, this is just about being professional and a nice, thoughtful person who other people would want to work with.

Take in your surroundings. If anything strikes you – a poster or prop from something they’ve worked on – make a mental note to bring it up later. If there’s a lull in the conversation, ask them about it; you might discover a connection or shared taste.

What should I wear? Some say it’s ok to be the most casually dressed person in the room (you’re the creative after all), others say dress smart. I’d suggest dress in a way that makes you feel comfortable and puts you at ease.

I’d recommend jotting some notes; about your impressions, what you gleaned about what they’re looking for, any projects you discussed (yours or theirs).

If you’re rep’d, let your agent/manager know the above – and thank them for getting you the meeting! I’d also recommend sending a quick email to the executive you met to thank them for their time. Others disagree and think it’s un-necessary. You should be guided by what feels right for you at the time.

Don’t forget, the executive might be just as anxious as you are. They may have done this a ton of times before but every writer they meet is different and they are probably just as keen to make a good impression as you are! So go out there and enjoy it!