How To Write Diverse Characters ‘Right’

@Bang2Write Lucy Hay guest blogs for us this week about writing diverse characters when you’re worried about getting it ‘wrong’.

Over on my site Bang2write, I’ve been talking about diverse characters for years. Starting first with female leads (both protagonist AND antagonist), the discussion snowballed relatively quickly into other areas in which characters might be marginalised, including (but not limited to) race, sexuality and ability. 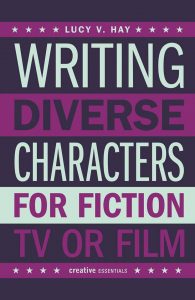 For my latest non-fiction book, Writing Diverse Characters In Fiction, TV & Film, I put these elements right under the microscope. It’s clear that diversity is what audiences want, so it’s what the industry wants too. Regardless of politics, we ALL want three-dimensional, authentic characters – not the homogenised, boring ‘same-old, same-old’!

But talking to my writers, a common cry is: ‘I want to write diverse characters … but I’m SCARED of getting it wrong!‘

So how DO we avoid ‘getting it wrong’? Here’s my top tips:

1) Understand your genre/tone and your audience

This is the thing. If you don’t know what your genre is, or what tone you’re going for – or what your audience wants from it – you’re at a mega disadvantage when you try to create diverse character/s.

The reason for this is obvious: there are certain types of story and audiences that prefer MORE diversity and others that prefer LESS. Now, this may mean the time is ripe for a lady gangster film or a TV series about BAME pensioners … Or it might be that no one is bothered. Which is it to be? How can you find out?

Understanding which is which will help you pinpoint the threats and opportunities that may present themselves to you as you draft. It can mean the difference between creating a tokenistic, try-hard character that feels out of place and one that feels authentic and real!

KEY QUESTION/S: Who is watching this? What do they want from this type of story? Historically, has this genre had much diversity? Does that mean it’s missing, or that this audience doesn’t want it? Who can I ask/ where can I research this?

Once you’ve pinpointed your genre, audience and the type of story you’re going for, NOW you need to do some hardcore research!

The great thing about movies, TV is that it’s very easy to spot patterns straight away when it comes to ‘types’ of characters. For example, I love the action-adventure genre and spotted the so-called ‘Expendable Hero’ is very often cast as a BAME actor (most often male!). This leads to this character also being called ‘The Sacrificial Minority’. Which is it to be? We have to decide as individual writers how we will tackle this.

Until recently, it was very unusual for a diverse character to occupy the protagonist’s role, plus sometimes a character’s ‘difference’ would be ‘enough’ to make them the antagonist.

KEY QUESTION/S: In the type of story I’m writing, what patterns are there? Which diverse characters appear in which role functions most often? How can I twist this?

Tropes get a bum deal in the age of the internet … It’s thought that automatically ‘Tropes = bad’ but this is not true. Fact is, ALL stories have tropes, we need that recognition to figure out the type of story being told …

These are the facts: we LOVE a fresh take on a trope; we hate it when the trope is ‘the same-old, same-old’. What that means may range from being simply boring, stale and cheesy as hell (people have seen it too many times!), through to stereotypical and downright offensive (which may lead to trouble and finger pointing, especially online).

It’s important to note that writers don’t have to AGREE with identity politic, or even whether a trope is ‘bad’ or not. However, if people are complaining in large numbers about certain tropes for some reason, it’s a good idea to listen. You don’t even have to stop using it – just twist it and subvert expectations. This actively helps writers avoid CLICHÉ, which has to be good!

KEY QUESTION/S: What do audiences think of these tropes? Is it good/bad? Why? What can I do to bring a fresh take here, or subvert my audience’s expectations?

There are some people who say writers should stick to ONLY writing what they know in terms of diversity; but then those same people often say there should be more diversity too, so I think we can safely say there are lots of mixed messages flying around!

I say writers can write whatever they want … BUT individuals must do their due diligence. By this, I mean writers should not just consult secondary sources like history books, biographies or museums; nor should they rely on simply their OWN interpretation of  people, events, issues, etc!

When we write a character that is not like ourselves, we should also seek to find at least one person LIKE our character (though preferably two or more). This doesn’t mean hassling that real life person to read drafts or answer questions either; that is not cool.

However it’s easy now to follow marginalised people online via their own Twitter accounts and blogs, etc. Some will be happy to speak with you, or even offer their own consultancy services. Crowdsourcing answers to your questions via Q&A sites like Quora can also take the emphasis off – people can choose to answer if they want to.

KEY QUESTION/S: Where can I find people writing about their lived experiences of these things TODAY? Who can I follow online? Are there organisations I can consult? What questions can I ask without being intrusive?

Once you’ve exercised your due diligence and tried to ensure your diverse character is an authentic portrayal as possible, that’s all you can do. The bad news is, some people may hate it and tell you you’ve done it ‘wrong’ regardless. But the good news is, if you’ve done your due diligence and consulted people ‘like’ your character, as well as found out what’ gone before and twisted it? Then that’s JUST the haters’ opinion!

KEY QUESTION/S: What have I learned? What would I do differently next time? 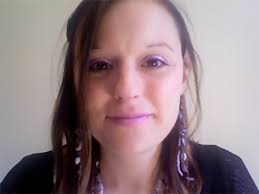 BIO: @Bang2write is a script editor and blogger who helps writers. She’s written three non-fiction books about writing, Writing Diverse Characters For Fiction, Tv & Film; Writing & Selling Thriller Screenplays and its follow up Writing & Selling Drama Screenplays. Her debut crime novel, The Other Twin, is out now with Orenda Books. Check out her website HERE and all her books, HERE.