What Drives Your Characters? By Phil Lowe

Regular readers of this guest blog will have realised by now that the world of psychology – where I work when I’m not writing – has limitless models to offer those of us who struggle to create believable characters. It’s been a few months since I last covered a motivation-related model (You can’t have forgotten surely?) so this time I bring you one of the simplest ever devised. 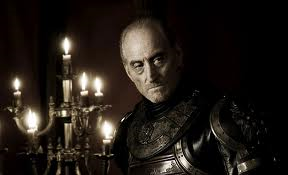 Eric Berne, a Canadian psychoanalyst, has made several contributions to the world of personality profiling. Rather fittingly for someone whose models are a gift to writers, he regarded our lives as a script written for us by our parents. His book Games People Play is worth a read; it looks at how we pay off our psychological needs through the way we set up our dealings with others. He is also the father of Transactional Analysis (known to cod psychologists as “that Parent-Adult-Child model”), which I may return to in a future blog. Today, though, we’re looking at his related work on personal “drivers”.

Each of us has at least one driver – so called because these are the scripts in our subconscious that drive our fundamental approach to life and work. Think of them as the messages you heard most often when you were little; instructions designed to set you up for life (“I will be OK as long as I…”), but which can hinder as well as help. Fictional characters, generally being more dysfunctional up than the average, frequently suffer from excessive or inappropriate use of them. There are five drivers, and for each I’ve suggested an example from film or TV:

Be Perfect. If this is your primary driver, you’re likely to be driven by the idea that nothing you do is ever good enough; you set high standards for yourself and others, and criticise yourself if you don’t meet them. You value achievement, success, being right. In your head is a voice saying “Don’t mess this up”. Miranda (Meryl Streep) in The Devil Wears Prada shows how this driver can be an antagonistic force; her high standards cause repeated problems for our heroine Andy.

Please People. This driver seeks the approval of others, making you considerate, kind and service oriented. “Don’t upset people” is the warning; you might be easily persuaded and avoid conflict. Please say you’re not too hip to have seen Elf; if you are, ask your cognoscenti friends about the character of Buddy (Will Ferrell), who just wants to make everyone happy, and as a result is obliging in the extreme.

Hurry Up. If this is the main voice in your head, you may always have lots of things on the go, be generally impatient with yourself and others, and feel like there are never enough hours in the day. You’d rather get on with the job than talk about it (“Don’t waste time”). After Elf, my head’s stuck in family entertainment so I have to give a nod to Twitchy the squirrel in the animation Hoodwinked, whose inability to do anything slowly is a hindrance to the others, until it becomes useful in Act Three (sorry, no plot spoilers).

Be Strong. This driver will prompt you to control your emotions and never to show weakness. You’re unlikely to ask for help, and look to be the one that others depend on. Remember the scene in American Beauty where Carolyn (Annette Bening) starts crying and responds by slapping herself round the face and telling herself to stop? A typical Be Strong reaction (if a little de trop for the average office worker) and a glimpse at the ghosts of her parents speaking to her as a child.

Try Hard. (Wouldn’t Die Hard have been a very different film with this as a title? But I digress.) This driver discourages you from ever letting go of something. Maybe this time it’ll work…? You might start more things than you finish, because it’s more important to try than to succeed. As a result you are full of persistence and determination. Stories in which an apparently weak protagonist takes on the system frequently rely on our hero or heroine possessing this driver; and it doesn’t have to be a conspiracy thriller – witness Elle (Reese Witherspoon) in Legally Blonde.

Of course, the first thing they teach you at writing school is never to create one dimensional characters – so do what most people’s upbringing does and give your character two drivers. Back to Buddy the elf: he wants to please people; he also Tries Hard and keeps going. This makes him a more interesting (and funnier) protagonist because nothing puts him off. His biological father discovers that like a punchbag, he just swings back from every blow trying to be even more helpful. Replace the Try Hard with Be Strong and you get DS Miller (Olivia Coleman) in Broadchurch, whose impulse to Please People and defer to others vies with an impulse to not show weakness. The warrior patriarch Tywin Lannister (Charles Dance) in Game of Thrones combines Be Strong with Be Perfect, and demonstrates in the process how parents’ own drivers are passed on: his messages to his children tend to be that they are weak and “not good enough”.

Remember there’s not much point giving your characters a driver if it’s not going to cause problems for themselves and others. And also remember they may mask their true driver, only for it to show through when they least want it to. But do at least give it a go, otherwise you won’t be good enough/I’ll be cross/It’ll take you twice as long/You’re weak/You won’t be giving it your best shot (delete whichever don’t apply to your own drivers).