To Plot or Not To Plot

How to enjoy plotting as the most creative part of your own script-writing process by Script Angel’s Jay Harley.

You are a creative genius…

You are an as yet undiscovered writing phenomenon, along the lines of Phoebe Waller-Bridge or Sarah Phelps. You go on retreat and you’ve submitted to every BBC Writers Room window since they opened. Also, you have a really great kaftan, you’ve converted your potting shed into a studio and you’re not sure why it’s not happening for you. You listen to all the right podcasts.

This might be part of the problem. It is likely you’ve heard some of the best writers on the planet talking about their craft and how important it is to obey their process. You want to be equally successful, so now you “let the characters write their own story”. It’s so ingrained in the mythology of the writer; as such, plotting feels too technical or formulaic – you need to let the script flow to see where the characters will take you. But guess what – your characters should lead you at the plotting phase!

Unfortunately, nuanced characters and dynamic, twisting plots rarely burst from the mind, fully-formed. Stereotypes often do though, as do clichés and trite formulas. When a writer follows their first thought with their second, blurting them onto the page, they might at best come to a slightly obvious and unengaging story – at worst it could be a jumbled mess. As Kate Leys advises, if you come up with fifty ideas for each plot point, the first ten are what some other writer will come up with, then you come to your most interesting, unique voice. This is why we recommend a plotting stage before moving to script. 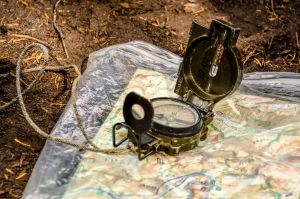 Can you plot and still be creative?

Yes! At Script Angel we work with writers to refine their individual writing process. By maximising your efforts at the plotting or planning stage, you can be more efficient, in a way that your script will deliver its full potential. Make plotting part of your existing processes. You’re not less of a writer for working really hard – you’re going to become a better writer.

Plotting is a moveable feast

So what do we mean by ‘plot’? The plot, simply put, is what happens in your script. Therefore, ‘plotting’ is organising those events into the most effective dramatic or comedic order. With all writerly terminology, ‘plot’ can mean different things to different people, but what we’re referring to is a road map. There are markers all over the map, story beats you need to hit, but the route you take between them is down to your unique writing voice and skill. No two writers will write the same script, based on the blueprint, but it should be a helpful tool in keeping you on track.

Story comes from character and yours are so well-defined by the time you start plotting, they are driving the story and you are in the passenger seat. When you come to a complex junction and you can’t see which way your character should turn, perhaps you should go back a step, shuffle around some of those plot points. Perhaps you should even go back to your character breakdown and tinker under their bonnet to see what might be causing the issue.

It is baffling, that plotting and working out the bones of the story is not seen as an essential part of the process; creatively originating character-driven story. Whether on spreadsheets or index cards, biro and an A4 pad, a whiteboard or chalkboard, sticky notes, spreadsheets or a fancy-schmancy storyboarding app. Plot your character’s journey, as a flexible structure before writing the script and fleshing out the bones.

Once you have the skeleton in place, then you can have some real fun – you’ve put in a fantastic obstacle here, where the deeply-specific character has to face a profoundly pertinent challenge. But what if the obstacle was more unwieldy, with higher stakes? What if it’s the opposite – if it’s a tiny little thing your character would usually take in stride but today it breaks them? Change the obstacles, move them round. Add something weird, something funny or impossible. Let your characters tell you where they need to go. And then send them somewhere else entirely – you don’t want them in their comfort zone!

You will almost definitely still make discoveries during the script-writing process. Then you’ll go back to your roadmap and try things out. Plotting, in whatever form that takes for you, should give you a macro view of all the elements of your story.

When you plot before writing, you’re putting in the groundwork on so much more than just the plot. You can plan the script’s internal logic, circumnavigating one of the most common script errors – now your script is less about “this happens, then this happens…” and more “this happens and because of that…” You now have embedded causality.

When you plot first, you can road test a bunch of ideas to make your script the most original it can be. You also get to plot when information is revealed to create the most intrigue and suspense – and avoid exposition. When writing off the cuff, handling of information can be sloppy, expositional, or repetitive. But now you can plot your hooks, to drive the story in the most gripping way.

Plotting is not just for writers of thrillers or crime drama either – writers of every genre can enhance their scripts by embracing the plotting stage. You can plot your emotional journeys across a drama. You can take control of escalating plot events, so each obstacle is greater than the last, or each comedic setup packs a bigger punch.

Every element of your distinct and layered script can be engineered while plotting, rather than trying to impose character, intrigue or story onto a thin script. Once you’ve written a first draft, it can be so much harder to move things around, cut scenes, kill your darlings. So, write in whatever way works for you, but give plotting a chance. You might finally find that recognition of your creative genius after all.