Selling Screenplays When You Don’t Live in LA

Lots of the advice about selling scripts and advancing your screenwriting career says you need to live in L.A to make things happen. But that’s not necessarily true. Please welcome screenwriter Chuck Hustmyre to tell you about selling screenplays when you don’t live in Los Angeles.  Over to you Chuck!

How do you sell scripts if you don’t live in L.A., have no representation, and don’t have any industry contacts? 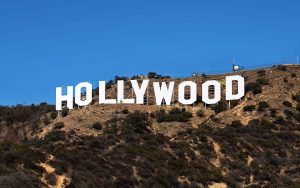 I’ve sold four screenplays. I’ve also optioned several more for money. Two of the scripts I sold have been produced, and another one is going into production in September. I live in Baton Rouge, Louisiana. I have no formal training in screenwriting, and when I started out six years ago I did not know a single person in the movie business.

Selling a screenplay is like drawing a map in the water. As soon as you draw it, it’s gone. No one can follow that path. The person who drew it can’t even follow it. Timing and luck are just as important as talent. And persistence. I can’t emphasize that enough. You have to be persistent. Here is what I suggest. It worked for me. It might work for you.

Thanks Chuck! You can find out more out Chuck on his website www.chuckhustmyre.com.

For a personalised career development strategy, including advice on how to pitch and sell your screenplay,  check out our Screenwriter Coaching programme.