Writing Resolutions for the New Year

The world doesn’t owe you a screenwriting career. Harsh, but true. So, like everyone before you, you’re going to have to go out there and make it for yourself. And you can. Here are my top tips for new year writing resolutions to help you on your way. 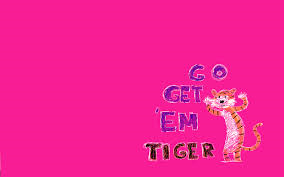 Surround yourself with your biggest cheerleaders. Dementors are great in Harry Potter but not in your life. Avoid people who don’t believe in your dreams and instead spend time with people who do.

Find support groups online and in real life. Join a local Writers Group, try searching MeetUp for one near you. Facebook and LinkedIn have numerous screenwriting communities and on Twitter search and use #scriptchat #screenwriting #amwriting to find other people talking about writing and screenwriting.

Make time for your writing every day. I know it’s tough with so many demands on our time, but you’ve got to put the hours in. And don’t kid yourself that you need a big expanse of writing time; if you wait for that to materialise you’ll be waiting forever! Carve out small chunks of time in your normal day, whether it’s your lunch-break, in the evening or early morning, even if it’s only for half an hour. But make it part of your daily routine.

Study the craft. Whether you take classes or self-study, there is a way to develop your screenwriting skills that suits you. There are numerous M.A Screenwriting courses; Creative Skillset list their accredited courses and any internet search will throw up hundreds more. There are short courses to suit everyone, anything from several months to one-day. If you don’t want spend money on a course, you can learn a huge amount simply by watching films and tv and reading their scripts. But don’t just be a passive consumer, be an analyst; break it down, work out how the writer has crafted their characters and story structure to manipulate you emotionally. Whether you’re watching comedy or horror, thriller or drama, the job of the writer is to make the audience feel (and hopefully to think as well), so how did the script make you scared, amused, excited, frightened?

Develop your screenwriting skills. The old adage ‘writing is rewriting’ really is true. So to make sure your rewriting is improving the script and you’re not just going round in circles, find people whose feedback you trust. That might be through peer review or via a paid-for script feedback like those on offer at Script Angel. If you go for peer review, make sure the person giving you feedback is at least as good a screenwriter as you, and preferably much better! If you opt for a script consultant, make sure they’ve got industry experience reading for well respected production companies and contests or have script edited professionally. Good feedback should offer practical solutions to the problems and weaknesses it identifies and should resonate with you as the right direction in which to take your project. Constructive feedback will inspire you to write the next draft.

Get your writing out there. No-one will know about your great script unless you make it visible to them, so do whatever you can to get your script as widely read as possible. Research the best screenwriting contests and target those offering what you most need, be that cash prizes or getting finalists’ scripts read by producers. The industry is looking for new writing talent and they’re looking to agents and the well respected contests as their filters. Target producers making the kind of films that your screenplay could become. I know the vast majority of production companies won’t take unsolicited material, but there are a handful that do and if they don’t, then get your script solicited by querying them. Don’t be a stalker but do be smart and tenacious in making yourself and your script visible to the industry.

Be true to yourself. Yes you should understand the market, but honestly, there’s an audience for just about every kind of film and therefore a place for every kind of screenplay. Of course there are more opportunities in some genres than in others but you don’t need to write a low-budget gangster thriller just because lots of them get made if that isn’t your cup of tea. Don’t write what you think others want to read. Write for yourself. Every successful screenwriter I’ve worked with has caught the attention of the industry with the script they were most passionate about. It might not be the thing that actually gets made but if it’s utterly compelling it will get you noticed.

Don’t give up. Anything is possible and as Lucy Hay wrote recently, ‘why not me?’. Someone is going to be the next big screenwriting talent to make a splash, so why shouldn’t it be you? The professional screenwriters I’ve worked with and interviewed for the Script Angel blog all wrote on spec for years before their dreams of a screenwriting career became a reality. They didn’t give up, and neither should you.