This week we ask our screenwriting coach Lucy Hackney.

First the glamour and the passion; War and Peace dramatized by Andrew Davies.

Everything I love about drama shines from this magnificent adaptation and dazzling production. Loyalty, betrayal, bravery in the face of appalling adversity, survival against the odds, the acquiring of wisdom through duress. And rather a favourite of mine; huge historic events crashing into the lives of the characters. Plus masses of soldiers, dresses, horses, and waltzes. It felt like an ice cold vodka champagne cocktail on a sleigh ride and I loved it.

As a young girl growing up loving Westerns (they were always on the telly and it was sacrilege to talk during The Magnificent Seven) and whose Favourite Film is perhaps True Grit (Coen Brothers Version), it struck me forcibly pretty early on that this masterpiece from Sally Wainwright was in effect High Noon brought to modern day Yorkshire. But with rather more complexity. I can’t truly think of a better example of muscular storytelling so perfectly dependent on the complex character of the hero played by Sarah Lancashire.

And finally, something a little different; Twenty Twelve.

I know it’s a Comedy but it’s my Island here. When I first saw this I could have wept with relief through my gales of laughter. Yes, Office life is this ridiculous. It really is. I hugely admire the tightrope walked between naturalism and absurdity in this amiable but searing piece of observational comedy. The performances are also without exception exquisite; while Jessica Hyne’s ghastly, hysterical (but totally recognisable) PR consultant is a character who pretty much comes in and out of events unchanged it was wonderful to watch the inching forward of the faltering romance between Hugh Bonneville’s Holding-it-all-together-just Boss and his Geisha-like assistant who should have been running the Diplomatic Corps not typing letters, Olivia Coleman. I could watch it again and again. Well, I have done. And I suppose on my island I will have to.

As to what I’ll throw to the sharks;

It would be easy to pick something from another age, something not intended for me, something Easy-Listening. But I’ve decided I’ll take the opportunity to make one of those slightly awkward, worthy Oscar Speeches and suggest I’d like to make the gesture of throwing out all detective or mystery dramas that use as their victims an undressed young woman. It’s incredible how despite all the advances of feminism, equality in the workplace and #metoo, lingering shots of bruised girls in graves or cellars just keep coming round. I was just watching with great enjoyment the Norwegian Scandi-Noir; Wisting, when I realised with crashing disappointment; here we go again. Why does it matter? Because Drama does influence culture and society as much as reflect it. We’ve almost normalised this now..and We Can Do Better. 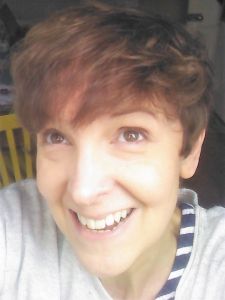