This week we asked our screenwriting coach Katherine Lannon;

Three shows I’d want to save and the one I’d feed to the sharks.

1. Mad Men
This was flagged as the drama person’s drama but it took me a while to get into it. But as the weeks passed, it emerged as a perfect coming together of writing, cast, design, costume, hair and make up and hugely importantly the music. There were episodes where significant moments in history were skillfully interwoven in the storylines which can be really difficult to achieve. But they pulled it off brilliantly. And I love Betty and all her anarchic mothering.

2. This Life
A legal drama far from courtrooms and all about a group of 20 something lawyers living life to the legal max. I was in the room when writer (and young lawyer) Amy Jenkins pitched the idea to the then BBC Two Controller, Michael Jackson. It was clear she had all the perfect insight into this world to create an outstanding drama. It represented a time and a place and followed a brilliant ensemble cast and was rounded off by an iconic all female punch up at a wedding.

A Year in Provence – I love Provence and really enjoyed this gently paced, amusing book. But adapting it into a 12 part drama series turned out to be a step too far. Maybe the timing was wrong and watching this in these unchartered times might be a perfect antidote. Literally watching Provencal paint dry suddenly seems quite appealing. 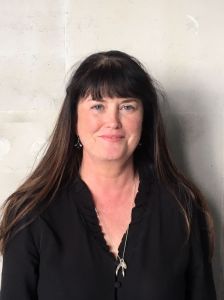 Katherine Lannon is a Script Angel screenwriting coach and a BAFTA Cymru-award winning Producer. After a background in scheduling and commissioning Katherine worked in BBC Drama where she developed the daytime soap ‘Doctors’ and the Prix Italia winning ‘Eroica’. Producing credits include BAFTA Cymru award winning feature film ‘Last Summer’ and television dramas ‘Shirley’ (BBC Two), ‘The Secret Life of Mrs Beeton’ (BBC Four), ‘The History of Mr Polly’ (ITV), ‘Lennon Naked’ (BBC Four), ‘Lawless’ and a ‘Little Cracker’ (Sky). She has worked in a range of development and script editing roles including for the BBC, Channel 4, Talkback Thames, Ecosse Films, Hillbilly Films and World Productions.