This week, we ask our screenwriting coach Jay Harley for their top picks:

I’m a stickler for rules, so these are not my current favourite series (e.g. Schitt’s Creek) or the dramas I think are the best (e.g. Cracker), these are the three shows that I know I could watch again and again on a Desert Island:

This is England. Yes, it can be bleak, but it so authentically represents people I knew growing up and the reality of the time. I wasn’t cool enough to be in Lol’s gang, but I would have idolised her from afar. I’ve never seen better characters on British TV.

Parks and Recreation. No other show quite balances this much heart, this much love for its characters, while fully calling them on their bullcrap at the same time. The dramatic moments; births, deaths and marriages, are more emotionally charged than any serious drama I’ve seen, because the comedy makes me love them so much. Comedy is the new drama, thank you for coming to my TEDTalk. 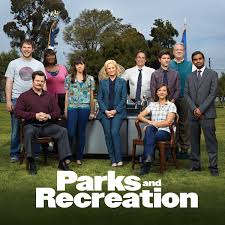 Baskets. Probably no one loves this show as much as I do, but it’s utterly heart-breaking, beautifully written, fantastically performed. There are loads of shows that I wanted to pick because they have tonnes of episodes and they’d keep me busy if I was never rescued (e.g. The West Wing), but I’d rather spend quality time with Chip Baskets.

One for the sharks…

This was the hardest to choose, because there’s loads of stuff I dislike, which is generally incredibly popular and I’m probably just being moody. I’m going to chuck Modern Love in with the sharks. I love the column, I love the podcast, and the Sharon Horgan/Tina Fey episode, but the translation to TV is trying too hard to be cool. For me, it falls short of the mark, despite the ridiculously talented cast and excellent source material. Sorry you’re about to get your head bitten off by a shark (not sorry). 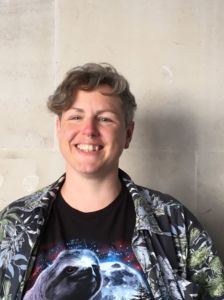