Three shows I’d want to save (they’ve got to stand up to repeat viewing, not just be my current fav), and the one I’d sacrifice to stave off the circling sharks…

Pride and Prejudice
This 1995 BBC adaptation by Andrew Davies from the novel by Jane Austen was six hours of joy and captured everything I loved about the book, which is surely the very first (and the best) romantic comedy? Elizabeth Bennett’s refusal to conform to societal norms and her determination to be herself, to make her own judgement and not to unquestioningly do as society expected, remains a universal message – quite an achievement for a story written over two hundred years ago.

Edge of Darkness
A landmark eco-thriller penned by the legendary Troy Kennedy Martin that felt ahead of its time when it aired in 1985. An extraordinary blend of crime drama, espionage, adventure, ghost story and eco-horror – what held me throughout the six hours was the powerfully emotional story of a father grieving the death of his daughter. It’s thought-provoking subject matter never felt polemical and its themes of grief, terror and eco-crisis still resonate today.

Doctor Who
When Russell T Davies revived this series for the BBC in 2005 after a looong but probably very necessary hiatus, I was doubtful. And then I watched the first episode ‘Rose’ and was pretty impressed – by the time I wept my way through ‘The Empty Child’ I knew I was hooked. With ‘Silence in the Library’ / ‘Forest of the Dead’ and then ‘Midnight’ coming deep into the fourth series I was in awe of the creative team behind this show. Yes, there are some that don’t work as well as others, or at least not for me, but to produce so many brilliant hours of drama, each one requiring a brand-new story in a new imagined story world, is inspiring. And there’s plenty here to keep me entertained for many months on this desert island.

Luther – sorry! I know it is a fantastically written and hugely successful show but it stretched credibility past breaking point for me. I’m all for artistic licence (my mantra as a script editor on medical and crime shows was ‘it doesn’t need to be probable, just possible’) but I could never get past the implausibility of a character who is meant to be a serving police officer behaving as Luther does, no matter how good the crime story – sorry Neil [Cross] and Idris [Elba]! 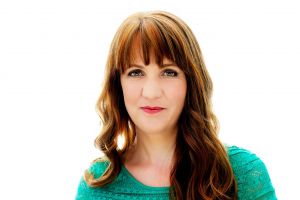 Hayley is the Founder and CEO of Script Angel and a former television drama executive and script editor whose script development roles include with BBC, ITV, Channel Four and Lime Pictures.