This week, we asked screenwriter and showrunner David Wolstencroft;

Island life wouldn’t suit me. I’d be turning circles as my blood coagulated into peanut butter.

Good job, then, that I grabbed Ian Mackintosh’s The Sandbaggers. As I wither from sunstroke and chronic dehydration, the opening bars would transport me to a gritty, windswept Telecine 70s London that would offer some comfort (not to mention bureaucracy, second hand smoke and lead poisoning). Sandbaggers is the Real McCoy of espionage series drama, ominously accurate so I’m told, drenched in moral ambiguity and very little incidental music, anchored by the magnificent Roy Marsden as Neil Burnside. Come for the venal bureaucracy, stay for the epic backroom realpolitik — useful research in case I have to negotiate with pirates. Elizabeth Bennett personifies grace under patriarchy and made the most of minimal lines. A time machine too in terms of craft — I think there’s a scene where Burnside comes back to his flat and basically just listens to an entire Neil Sedaka LP as he ruminates a difficult decision. Maybe it’s an entire episode. It’s that kind of series — uniquely surprising and often utterly bizarre. Though perhaps I’m hallucinating. I’m very thirsty. 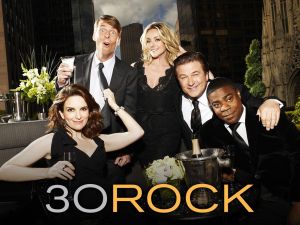 Tina Fey’s 30 Rock. My happy place. I can watch this show three times all the way through and still find cracking gags that are hiding in plain sight. The Holy Grail of comedy is a character who can be funny with no dialogue at all, just the idea of them being where they are is enough. Kenneth Parcell is all that and more. The episode where Jack is trying to ‘read’ him during a poker game is a masterpiece. It’s all a delight, and some Liz Lemon-esque self-high-fiving could also be useful as I grow delirious from drinking sea water.

Dennis Potter. The Singing Detective. What more do I need to say? A stone cold classic. Potter’s game changer is also a singalong and would also help Accentuate The Positive of my predicament. Marlow was, after all, bedbound and wound tightly around several realities — fantasy, escapism and detective stories would do just fine, thank you doctor.

As for shark food: I am against throwing anything to the sharks. It’s abominably hard to write, produce and direct a good story. No-one ever sets out to make something crap. Whenever I read a snarky review, I always want to say: okay, you didn’t like it, fair enough. But just before you file your next review — imagine you’re told, just before you file or post it, that you can’t use the letter “S” any more as it’s in rehab, and you have to replace all your full stops with semi-colons. Oh yes and cut the piece by half by the end of the day. It’s a miracle anything gets made, but nobody sets out to be shark-food. Even “Shadow Janus”, the Kilroy-meets-Manimal mystery series starring Windsor Davies that I literally just made up in my head, deserves its time in the punishing desert island sun. The sharks can wait. 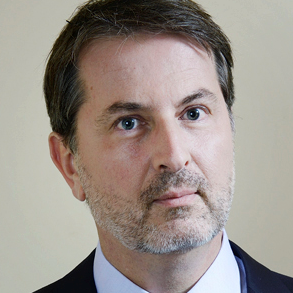 David Wolstencroft is a multi-award-winning writer & producer. David’s first original television work was creating and writing the BAFTA-nominated series ‘Psychos’ for Channel 4, for which he also received the Royal Television Society’s Best Newcomer Award. Subsequently, he created and wrote iconic BAFTA-winning espionage drama ‘Spooks/MI-5’, and legal thriller series ‘The Escape Artist’, starring David Tennant. Most recent work was as co-creator/showrunner of ‘Versailles’ (with Simon Mirren), a groundbreaking period drama for Canal+ which has sold around the world.