After last month’s look at what drives your character, this time we’re back to the fundamentals of personality, thanks to an old chestnut that goes right back to the ancient Greeks – the idea that the human race can be divided into four temperaments (“temperament” being defined here as “a configuration of observable personality traits”). The most famous four-way classification came from Hippocrates, the father of medicine, who believed that an imbalance of bodily fluids (hold the “ewww”s, we’re not going there) caused each of us to be one of Choleric, Phlegmatic, Melancholic or Sanguine. 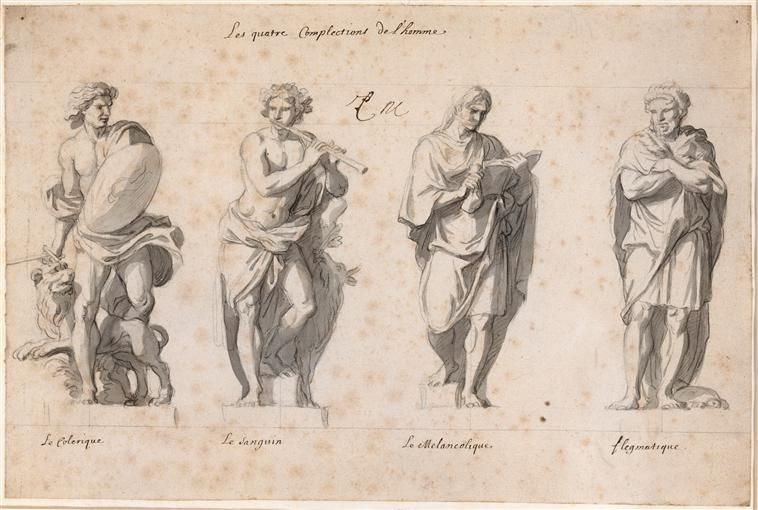 In the 1970s David Keirsey and Marilyn Bates popularised temperament theory by linking it to arguably the most widely used personality questionnaire, the Myers-Briggs Type Indicator (also a favourite of writers). Presumably because of some drama of their own, Keirsey and Bates went their separate ways; for our purposes I’m going to use the terminology from the former’s most recent work on the subject. As always, think about a character or group of characters you’re working on as we take a whistle stop tour of the four temperaments.

The Guardian: Guardians see themselves as dependable, loyal, and hard working. They are “good citizens”, conservatives (with a small “c”) who respect authority and like structure. In a relationship they are supportive, as leaders they go for stability. George Bailey (James Stewart) in It’s a Wonderful Life is a great example of a Guardian protagonist, holding tradition and community together in the face of a greedy antagonist.

The Artisan: Artisans, like Guardians, dwell in the real world, but are constantly changing it rather than preserving it; they tend to take a playful, sometimes unconventional approach to what they do, and are prone to spontaneous and impulsive behaviour. They make great troubleshooters and adaptable companions. The narrative energy in Far From The Madding Crowd comes from Bathsheba Everdene (Carey Mulligan) trying to remain an Artisan in a world which expects women to be Guardians. She shuns convention, and behaves with an inconsistency which confounds the men in her life.

The Idealist: Ideas rather than reality are the concern of Idealists, and the ideas they work with are to do with the growth and development of people and society. They work from intuition and are happy dwelling on deep philosophical questions about the nature of existence – so they can be intense as friends or lovers. Where the Artisan will take you on an unexpected but practical journey, the Idealist will take you on a limitless spiritual one. Tom Hollander’s eponymous character in Rev and Giselle (Amy Adams) in Enchanted both demonstrate the Idealist’s struggle to bring harmony and optimism to the grimy imperfect world they inhabit.

The Rational: Problem solvers, lovers of complexity, seekers after knowledge – the Rationals share with the Idealists an impulse to turn away from the here and now, but in the Rationals’ case it’s in order to build logical theories and models. The old joke (don’t get too excited) about a scientist who takes apart a thing that works in practice to make sure it works in theory (OK, you can stop guffawing now) could have been said of a Rational, who is likely to be ingenious, sceptical and independent. They don’t have to be maverick, but in drama they often are: Iron Man (Robert Downey Jr) in Age Of Ultron allows his quest for scientific perfection to get in the way of his fellow superheroes’ unity.

Fictional characters are not interesting in themselves, but become interesting when they rub up against other characters who are not like them. And this is where temperament theory can give you a quick and simple way of testing the variety of your character mix, since the last thing you want is a group of characters seeing the world the same way. I’ve been thinking about the BBC series W1A, and how skilfully writer John Morton subtly differentiates characters who at first glance are all doing the same thing – talking bollocks and passing the buck.

In a typical meeting scene, the obvious Guardian is Neil Reid (David Westhead), rejecting anything that isn’t practical; but Ian Fletcher (Hugh Bonneville) also acts as a Guardian, aiming to build consensus and make things work in practice. Siobhan Sharpe (Jessica Hynes) plays a largely Artisan role, spontaneously introducing new schemes and threatening the existing order. Purists might say she doesn’t dwell sufficiently in the real world to be a true Artisan; an alternative candidate is Lucy Freeman (Nina Sosanya), the producer who will always pull a creative but implementable idea out of the hat. The resident Rational is Anna Rampton (Sarah Parish) whose laser stare is generally followed with a focused demolition of a proposal; and the Idealist in the perennial meeting is Simon Harwood (Jason Watkins), totally divorced from the real world but relentlessly positive in taking everyone somewhere nebulous. Outside of the meeting room, hapless intern Will (Hugh Skinner) is also an Idealist, totally impractical but always looking for a chance to bond.

The joy of being a writer rather than a psychologist is you aren’t trying to help characters make the best of their personal traits; until we get to Act Three, we’re far more interested in characters bringing out the worst of their temperaments. It could be through comic exaggeration, as in W1A; or through meeting opposition from a different temperament: a Guardian trying to get an Idealist to be pragmatic, or a Rational trying to cope with an Artisan’s unpredictable spontaneity. Remember, there are more than four types of people in the world, so be careful of cliche; but if you have four main characters and are looking for a starting point to differentiate them, temperament theory can be a lifesaver.

For more on David Keirsey’s work on temperament, visit www.keirsey.com.