As part of the Script Angel Writer’s Toolbox series, writer and script editor Alan Flanagan looks at the tricky task of building your characters.

Have you ever tried to be the most interesting person at a cocktail party? To look like the smartest person in your class? To make someone fall in love with you? 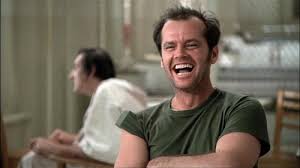 It’s not fun, and yet as a writer you’re left with the Herculean task of making an audience care deeply about your characters, not just in ninety minutes but usually in under twenty — and ideally under ten.

So how do you build a human being without raiding your local graveyard?

When building any character, remember the iceberg rule. You need to know about ten times as much about your character as your audience will ever see.

Build a character profile, including their family history — parents and siblings definitely, grandparents can be helpful — and place of birth, their education, professional history, taste in lovers, taste in friends, taste in food. There are no right or wrong answers here, but you will find yourself forming a concrete version of this person from which it will be impossible to deviate when you sit down to write your script.

Secondary to facts, an interesting exercise for a character profile can be to question your character on various facets of their lives. This isn’t just about their biggest fear or their proudest achievement, but their personal opinion on anything from Afghanistan to Miley Cyrus. Everyone has an opinion on big issues, even if (tellingly) that opinion is no opinion at all.

Often the main reason we get into this business is because of our desire to spin a good yarn. But by building a concrete character you will time and again see opportunities for the facts of your characters life to intersect beautifully with your story.

For example, consider a character’s profession. Think of how Memento‘s Leonard used his background as an insurance investigator to anchor his sense of self. Or how American Beauty‘s Carolyn Burnham was so perfectly encapsulated by her zealous cleaning of a house. Profession can also helpfully delineate characters, as the multifarious characters in Orphan Black (all played by the same actress) find differences in being a cop, or a drug dealer, or a researcher.

And that’s just profession, which is one tiny detail in your list of facts. Think of what else a character profile can offer you.

“Write what you know”, right? While every writer draws on their own experience — whether they intend to or not — it’s important to bear in mind what that phrase means.

It also says something about how we see the “write what you know” dynamic. “What you know” isn’t about your gender, sexuality, race — it’s about humanity, and that doesn’t see such simple boundaries.

Next time you’re working on a script, consider how a character would work if you flipped their gender, changed their ethnicity, gave them a disability. It won’t change their character outright, nor should it, but it may throw up unusual character moments and interesting plot points you hadn’t considered.

Bringing Your Character To Life

Once you’ve nailed down everything about your character, the obvious question is how to get them down on paper. Here a couple of key elements come into play:

First Moment: On the page a reader is usually being bombarded by characters and information, so it’s vital that the first sight we get of a character is a fair approximation of who they are. Do they come crashing through a window? Tumbling out of their neighbour’s wife’s bed? Cowering from a knock at the door? Far too many characters enter a script doing nothing, or doing something that is either bland or a poor indication of who they are.

Look: This is packaged with the above, but consider how your character looks. Avoid commenting on their attractiveness, because it tells us nothing — what is a “pretty” girl? Instead, rely on unusual adjectives — “sly”, “clipped”, “bullish” — and focus on what part of a person’s look really tells us about them. Are their shoes scuffed? Is their hair pulled back painfully? Chewed nails? Smeared lipstick? Red eyes? Gleaming pocket watch? Be specific but be concise.

Dialogue: Writing good dialogue is a difficult, some might say impossible, skill to learn. It relies on a combination of brevity, levity, plot necessities and a true voice that comes from eavesdropping on other people’s conversations.

What you can decide straight off is the general style of a character’s voice. Think of their background, their education, their attitude to life. Are they all long words and dripping bon mots? Or are they constantly dropping their g’s and speaking in metaphors? Are they clipped, one-word robots or loquacious, excited know-it-alls?

Relationships: Characters don’t exist in a vacuum. If you want to define your character early and well, put them in a situation with someone they are deeply connected to. It could be by hatred, by love, by family, by law, but deep relationships breed deep reactions — showing who your character really is.

The Wants & Needs: In drama, as in life, people want things. And in drama as in life, this often doesn’t correspond with what they really need.

But on a wider scale, any story should look to exploit its character’s flaws and needs. This could be done traditionally but subversively, as in Frozen where the hidden need is a sisterly connection. Or a flaw could be exploited to teach a lesson, as in Requiem For A Dream‘s series of interlocking tragedies. Or a character’s flaws could be cured, but then undermined, as in Chinatown‘s reforming of its protagonist, only to have him lose everything in the end.

Bio: Alan Flanagan is a writer and script editor who works for Big Finish Productions on the series ‘Dark Shadows’, as well as script editing for Canadian festival WildSound and being artistic director of theatre company Refractive Lens. Twitter: @parallelevision

Alan is currently performing his one-man show Dupont & Davenport at the Edinburgh Fringe, which tackles what happens when we can’t tell the difference between grief and love, and how we let someone go when technology makes it almost impossible. It runs until Friday 8th August, 1.25pm, at George Next Door, 9-11 George IV Bridge.