Change in Every Scene

Change is the heart of every story ever told – screenplays or otherwise. To make sure your script is not just good, but compelling, it’s vital that there is change in every scene, engaging your audience and creating crucial forward momentum.

Without change and progress your script will inevitably fall into the trap of repetition. From the opening image through to the final moment, your script should be as dramatic and dynamic as possible.

One common tip for new screenwriters is to cut the first third of their script, specifically because it is often full of exposition, status quo and little change. You can read more about and other editing tips in our article ‘How to Edit Your Own Work’.

There are many different ways of incorporating change into every scene and a good blend of all of them will help keep your screenplay fresh and consistently dramatic. Whether your script is a fast-paced action, slow-paced psychological horror, a rom-com or a drama, change in your story is a universal ingredient for drawing in your audience and keeping them interested.

Characters – changes in circumstances and plans

The first form of change is that which affects the characters within your script. From the introduction of a new antagonist or love interest, winning the lottery, moving house, and everything in-between, change that affects your characters is the core of your story.

Dramatic moments such as Steve Arnott’s operation going terribly wrong at the start of ‘Line of Duty’, or Beth Harmon’s adoption in ‘The Queen’s Gambit’ plunge the protagonists of these stories into new environments and roles.

This keeps the story active and interesting and creates forward momentum that drives the story along into new situations, changing circumstances and forcing characters to react and change plans.

Though it may seem obvious that most of your scenes should be taken up by this form of plot development, repeated story beats, exposition and un-necessary information can often seep into otherwise tightly written scripts.

Characters – changes in attitudes and emotions

Also a vital component of good storytelling is change within the characters themselves. Character development is important to not only humanise your characters, but also to add weight to the events of your story.

By demonstrating how your characters are affected by the experiences you put them through, whether it be in small changes in attitude or sweeping emotional shifts, you demonstrate just how impactful those events were and raise the question, what will they do next?

Films and tv shows such as ‘Breaking Bad’ and ‘Legally Blonde’ have character development at the absolute core of their story, with Elle Woods in ‘Legally Blonde’ becoming a more independent and well-rounded person through her experiences at law school, despite initially only going to join her ex-boyfriend.

Yet even in stories that do not focus on character growth, change in your characters’ emotional state, personal code, or allegiances is still extremely important for creating emotional depth.

The titular character in ‘The Mandalorian’, for example, remains stoic for essentially all of the show’s first season. Yet minor changes such as double-crossing his employers to protect baby Yoda or accepting a droid despite his prejudices show how the events of the season are changing him, if only a little.

Change for the audience

Revealing new information to an audience is another form of change. Flashbacks, conversations between characters, and even the reveal of objects are all forms of change within your script. Revealing new information to the audience forces them to internalise the change, interpret your story in a new way and poses new questions that they will want to know the answer to. 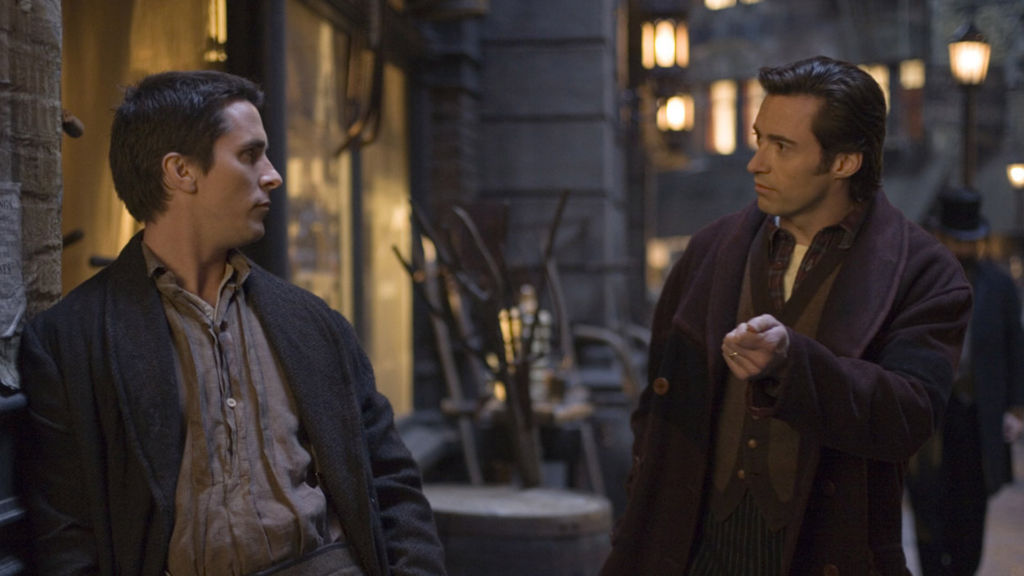 Though prevalent in most screenplays, this is done particularly well in ‘The Prestige’ (adapted for the screen by Christopher and Jonathan Nolan, from the book by Christopher Priest), in which new information about the activities of both Robert and Alfred in their bid to outdo and disgrace one-another with stage magic is revealed through their reading of each other’s journals.

In other cases, dramatic irony can be effectively integrated by revealing key information only to the audience. Amazon’s animated superhero show ‘Invincible’ plays this card brilliantly, when at the end of episode one (spoilers) Omniman – the supposed protector of Earth and father of the protagonist Mark – murders the Guardians of The Globe, the main group of superheroes.

This scene brings significant new information to the audience, and completely changes the way in which later scenes involving Omniman are viewed as he appears an otherwise mentally stable and moral father figure.

What is the purpose of this scene? One of the first questions to be asked when editing your work, and the answer should always be the same – it changes something. Whether it develops your characters, evolves the plot and builds story momentum, or brings new information to the audience, every scene, every moment, should create a change.