Everyone fights for those elusive development commissions and the green light to get a script into production, but something we often talk to our writers about is the possibilities of other ways to get their work read, made or accepted.

Script competitions are a valuable part of any writer’s career strategy – but especially so for new writers. They can help to cement your reputation, create a portfolio and get you noticed by agents and commissioners. 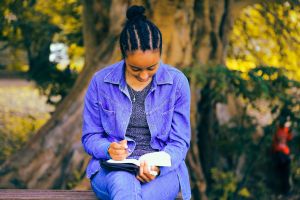 People who run competitions are, particularly in the UK, often commissioners and production companies genuinely looking for new talent or for new projects. They are the kind of people who also have a reputation to keep. They need to choose the best entry because each year they need to convince professional writers, producers or agents to judge or sponsor.

I have experience of competitions both as an entrant and as a judge so here are some tips and tricks I’ve learned over the years.

If you’ve got any questions about what is required, email the organisers for an answer – don’t guess.

Really read the rules e.g. some say that there should only be a title page with your story’s title plus a separate page with your details on it. Give them what they want. Do not give them an excuse for disqualification.

When you submit, it’s not a bad idea to include a covering checklist of what you are including – that way if they lose something, you can prove it’s their fault, not yours.

As a writer you should constantly be producing new work to build your portfolio. Have stuff ready. Don’t wait for a competition to come along and rush something together.

Don’t submit a project if it is still ‘work in progress’. Competitions endlessly have scripts come in that obviously were written the day before – there’s no quality to them, some have not even been proofread!

Get your entry in early (my top tip)

Here’s the inside scoop on competition judging: early entries get a better read. Competition readers can wade their way through 100s of entries, some good, many bad. They have a right to be jaded! In the early stages they are relaxed, excited and receptive. As the final deadline races up, the pressure to read and judge everything is on, stress sets in, coupled with the despair that comes from reading 100s of awful entries. Give them the best chance to respond well to your writing.

Sometimes in the early stage of reading, a reader finds this one entry that is great, really excites them, and they pretty much decide “this is the one”. Any entry after that is judged poorly. So be first in.

Early deadlines are there so they can spread the load. So get in for the early deadline and set the benchmark.

Don’t try to predict the outcome

A lot of writers try to second guess what will win a competition – maybe try to write something “appropriate”. Appropriate in screenwriting simply means a script that is well-conceived and well-written.

Winning concepts tend to either have universal issues that speak to a wide audience; or those that present provocative issues in an effecting way.

That said, it is a fact that most competitions are won by character-led stories. So make sure you have a really intriguing, interesting central character that captures the reader’s imagination.

What kind of competition?

There are two kinds of competitions for screenwriters:

Understand they are different (and they each have a different agenda). Predominantly in the UK, we have film competitions – some say they are script based but if the prize is a film made from your script, understand that it means the winning script must be producible (within their budget, timescale, subject matter). They don’t always choose the ‘best screenplay’ but the one that they feel they can make. If you win, you will get a film with your name in the credits but not much else.

A screenplay competition will focus on selecting the best script, and the prize will usually be money. While getting a film credit is incredibly tempting, sometimes getting a top prize for best screenplay, money and feedback from (or connection with) industry professionals is even more valuable.

Obviously we all want to win, but there can be other strategies then:

Use some competitions to develop scripts (if they offer feedback – can be cheaper than paying for it) – but use a working title.

Maybe you have a better chance of winning a smaller contest.

It’s not always just about winning: You are getting your work in front of important industry people so research who runs and judges the competition – are they people you want to see your work?

If you win, or even if you make it into the final shortlist, that’s a great reason to start contacting commissioners about your work (promote success).

Use it as an opener to contacting agents too.

Story/concept is by far the top criteria for judging most screenplay competitions; then character development and dialogue. Then technical execution; structure, is it visual, good writing.

Obviously there might also be additional specific criteria to each competition: could be a genre, could be a subject, etc. But it’s all part of the screen industry so producibility and marketability are also criteria, though this is more important for “film” competitions.

Winning a competition should never be your main game plan to kickstart your writing career; but it can be part of your career development strategy. Make sure you also build up a body of work, so if you do win, you can have other things to present to agents/commissioners.

If you do win (or get on the final shortlist), be your own publicist. Write a press release, send it to the trade press. Get it on the internet. Contact anyone who passed on your project before.

It is also important to have an iron skin. You might be placed in one contest and not even get past round one in another. So what? Don’t take it personally (check out our article – The Rejection Collection). If you consistently get nowhere though, take it as a sign that your writing is not good enough yet.

And a last pearl of wisdom to leave you with: it doesn’t matter what you don’t win, it’s the ones you do win that count. You can enter 25 contests, lose them all but win in one. It still makes you a “competition winner”.

Script Angel keeps a growing list of the most important competitions and deadlines here: scriptangel.com/screenwriting-contests/.

Check them out and start planning your script competition strategy.