Studio21, the C21-backed development producer, has partnered with UK prodco Fully Focused Productions to co-develop Wayward, a vibrant, magical-realistic drama that follows a community on the edge of destruction.

Created by one of the UK’s most exciting emerging writers, Zia Holloway, Wayward is the story of the Morrow family, who live in the strange realm of the pastoral council estate, where they must mend the rifts between them and save one of their own from the county lines gang.

Wayward was first developed by Zia as part of the Script Angel’s screenwriter coaching programme. 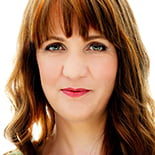 Under the newly signed agreement, Studio21 and Fully Focused will further develop and take the series out together, and are now looking for platform or broadcast partners for the project.

“Wayward is a powerful contemporary story that blends vibrant, grounded characters with an ethereal, enchanting quality that we know audiences will fall in love with. We’re looking forward to working with Leah Henry, Teddy Nygh and Nicky Bedu to take the show to market together and share this special story,” said Studio21 partner Hayley McKenzie. 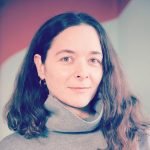 “Fully Focused is thrilled to be co-developing Wayward with Studio21. This story is an electrifying piece of magical realism, with vibrant, relatable characters brought to life by talented new writer Zia Holloway. We are excited to develop this project with Zia and work together with the Studio21 team to take the show to market,” added Leah Henry, development exec producer at Fully Focused Productions.

Fully Focused is the UK’s leading youth-driven production company. It founded Million Youth Media and the MYM Academy, supporting the next generation of filmmakers and underrepresented talent. 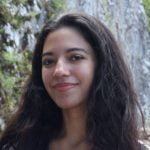 Zia Holloway is a bright young screenwriter who has worked in film, television and theatre. A recipient of the Script Angel Inclusion Scholarship, she has previously developed an original audio drama under the BBC New Creatives Scheme. Zia has been writing since she was a child but her true passion for screenwriting began when she was selected for the BFI Film Academy at the age of 18. She was then chosen to take part in the BFI Film Academy Mentorship Programme in association with Bafta, where she was mentored by Bafta-winning filmmaker Sarah Farinha.

She specialises in writing drama and magical realism, weaving the fantastical with the mundane to create rich, authentic stories. Zia’s writing is coloured by the vibrant experiences of her multicultural upbringing, which has inspired her to focus on stories that explore family and community in crisis.

Wayward is one of eight projects on the Studio21 slate, which is aimed at discovering, developing and coproducing the most exciting new projects from the best emerging writing talent.