The Writers Lab opens in UK and Ireland

The Writers Lab, the first program of its kind devoted exclusively to script development for woman-identifying writers over 40, in partnership with Untamed Stories, joins forces with Cate Blanchett’s Dirty Films, in association with Birds’ Eye View, to bring its pioneering Lab to the UK and Ireland. 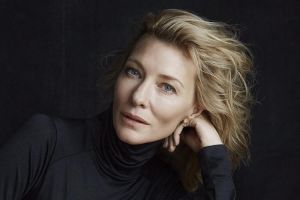 TWL seeks to fight sexism and ageism in film and TV. Over 4 days, with 5 months of ongoing development support, 12 screenwriters from across ALL regions of the UK & Ireland will be mentored by some of the industry’s best writers and producers.

JUNE 10 – 13
With a team of partners, TWL will present a virtual 4-day lab, during which Mentors and Writers will engage in rigorous script development through one-on-one meetings, panel discussions, peer workshops, mock writers rooms and more, followed by 5-months of post-lab development, support, and mentoring.

To find out more go to:
thewriterslab.nyc/uk-lab/

The Writers Lab US is currently open for submissions.

TWL US 2021 will be held October 9-12 in person, pandemic permitting. Submission of both features and pilots (one-hour and/or one-half hour) will be accepted for consideration. Submissions are open NOW through March 30 11:59est.

The Writers Lab US is supported by Meryl Streep, Nicole Kidman and Oprah Winfrey and The Cornelia T. Bailey Foundation

To find out more and to submit your script go to:
thewriterslab.nyc/us-lab/