Finalists have been announced in the Studio21 Drama Series Script Competition, designed to uncover the most exciting projects from the best new writers.

The competition, which is organised by C21-backed development producer Studio21 in association with Content London, WritersRoom.net and Script Angel, is in its eighth edition and this year attracted more than 270 entries from some of the world’s most exciting emerging writers.

The six finalists will pitch their projects at Content London later this month, after which the winner will be announced on November 1, 2022 as part of the C21 International Drama Awards ceremony.

The winning writer will receive £10,000 from Studio21 to option the project and acquire the script. Studio21 will further develop the project in association with the writer to take it out internationally.

The six scripts are: 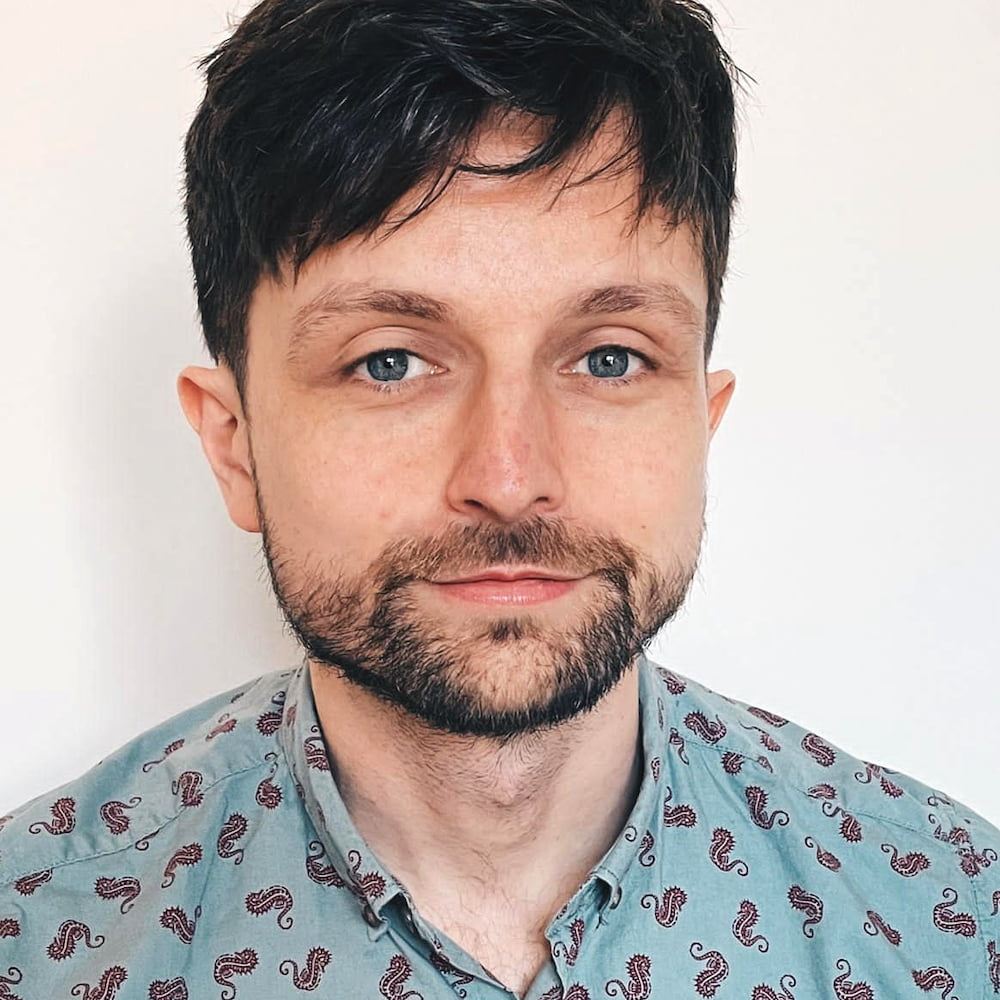 Death in the Family by Alex Mathias
When five mismatched brothers discover their comatose father is not a handyman but a hitman with a price on his head, they must band together to take over the deadly family business.

Born in West Wales, Alex Mathias studied English Literature at Cardiff University before beginning his professional life as the projectionist and manager of an independent cinema, where he gained an education in screenwriting through the porthole of the projection booth. Following placements in the semi-finals of international screenplay competitions, he was selected from over 3,500 applicants for the BBC Drama Room in 2019/20. He’s been a finalist for the BBC TVDWP and shortlisted for the BBC Academy.

Mathias writes drama marbled with off-kilter humour and grounded sci-fi that often explores themes of family, ambition and class. He’s had short films made for BBC Two and The Oxford School of Drama and currently has a feature film in development with Ffilm Cymru Wales, where he’s also shadowing on a feature produced by Dan Hine and written by Matt Redd. 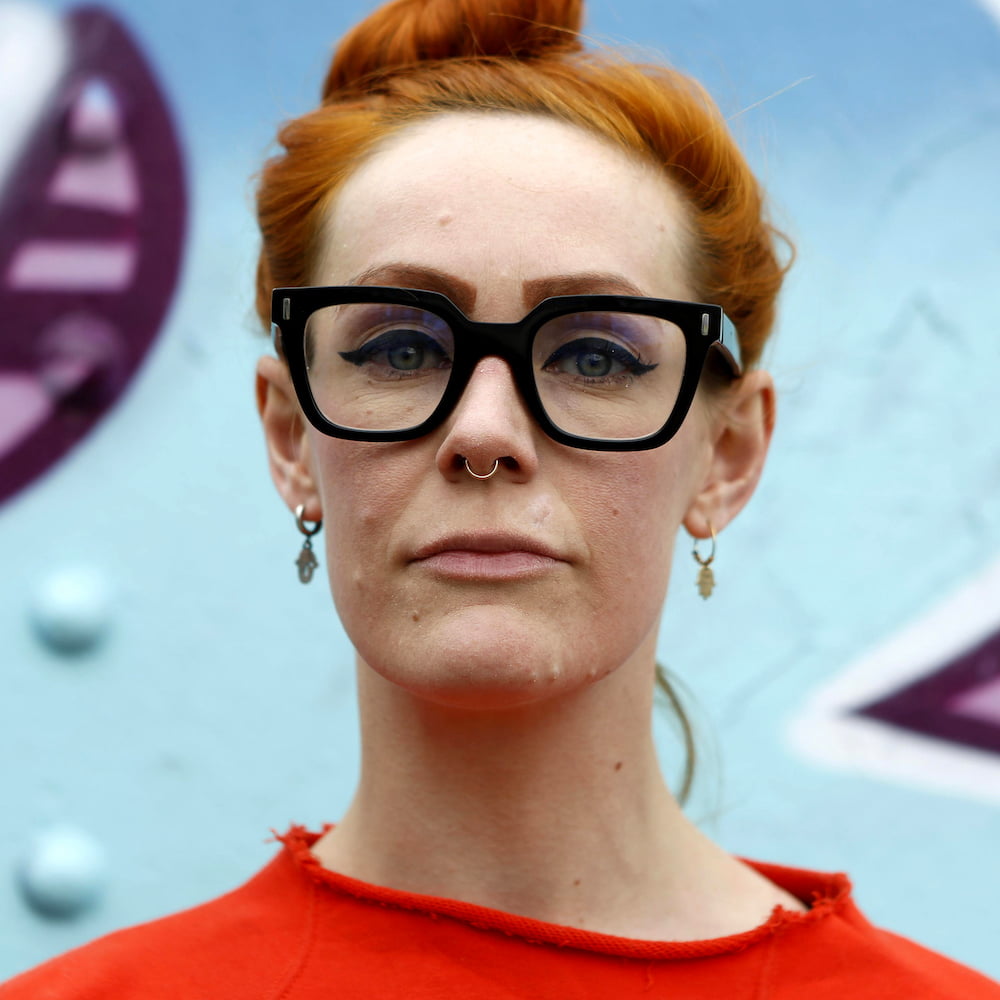 Clitorati by Jess Edwards
A coming-of-age story collides with a high-melodrama murder mystery, in the audacious world of Queer East London. Iconic, glamorous, empowered: queer women are never represented the way they should be. Go to any Queer clubnight – Pxssy Palace, Big Dyke Energy, Gal Pals – and you’ll see, these are some of the most extraordinary, bold and creative people around. And yet on screen, fabulous gay identity is a solely male domain. The Gaytriarchy’s out in full force. Queer women are boring or serious or angst-ridden or yearning or lonely. Glamour? No gay girls allowed.

Clitorati will be the show that changes this. The show that is to queer women today what Queer as Folk was to gay men in the noughties. A riotous, unapologetic, genre-bending dramedy, in which four best mates navigate their wild love lives, square up to their shame, and fight together to take up the space they deserve – all while racing against time to solve a murder. The electric glamour of Pose meets the noir-ish intrigue of Search Party. It’s an explosive celebration of what it means to be Female and Queer.

Jess Edwards is a Queer writer and director who splits her time between Margate and North London. Her first play, Spooky Action at a Distance, was runner up for the ATG Playwriting Award 2022, and she is currently developing a new musical with Trafalgar Entertainment Group. Clitorati is her first piece of work for screen. As a director, her work has appeared at the Soho Theatre, the Bush Theatre, the Arcola, BKA-Theater in Berlin, on Radio 4, many times at Edinburgh Festival and in the West End.

She directed smash hit shows Hotter and Fitter, which re-opened the Soho Theatre after the pandemic in June 2021. Other recent directing credits include Elephant (Bush Theatre), Funeral Flowers (Roundhouse) and Passengers, which won the Summerhall Lustrum Award. She is currently on the London Library Emerging Writers Programme and has been supported as a writer with a DYCP grant from Arts Council England. 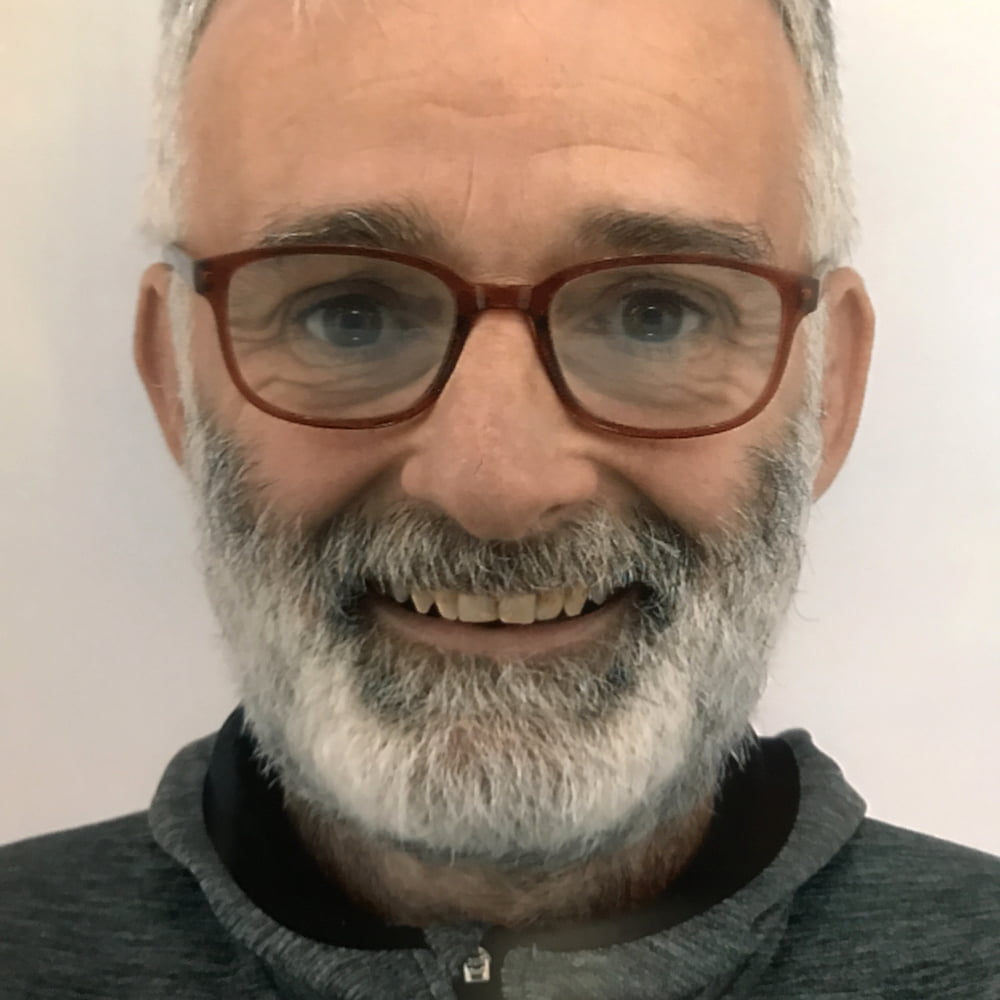 I am Bird Gurl by Laurence Turnbull
Billie, a narcoleptic 13-year-old girl, falls asleep so often she struggles to distinguish reality from dreams. And when she dreams, she dreams she is Bird Gurl, hovering above her own life on six-foot eagle wings. So when her dad goes missing, accused of murder, and her dreams seem to offer clues to the mystery of his disappearance, she resolves to harness the power of Bird Gurl and find him before the cops. Aimed at a YA audience, I am Bird Gurl is the genesis series to the returner Bird Gurl; Dream Detective.

Born in Liverpool but raised in Blackpool, Laurence Turnbull works in documentaries. Highlights include Gods of Snooker (series editor) which was nominated for a Grierson award, Confronting Holocaust Denial with David Baddiel (director), Born to be Different (series producer) and Crackhouse, a documentary that focused on the plight of three crack addicted women in Liverpool, which won a Grierson award.

Turnbull has also been a showrunner on hit global shows like Young Apprentice and Big fat Gypsy Weddings and directed on Wife Swap S2, which won a Bafta. He is father to four kids and bides by something a dad of seven said to him when he was working on Wife Swap USA – “Keep up with the younger ones and stay ahead of the older ones and you’ll be OK.” 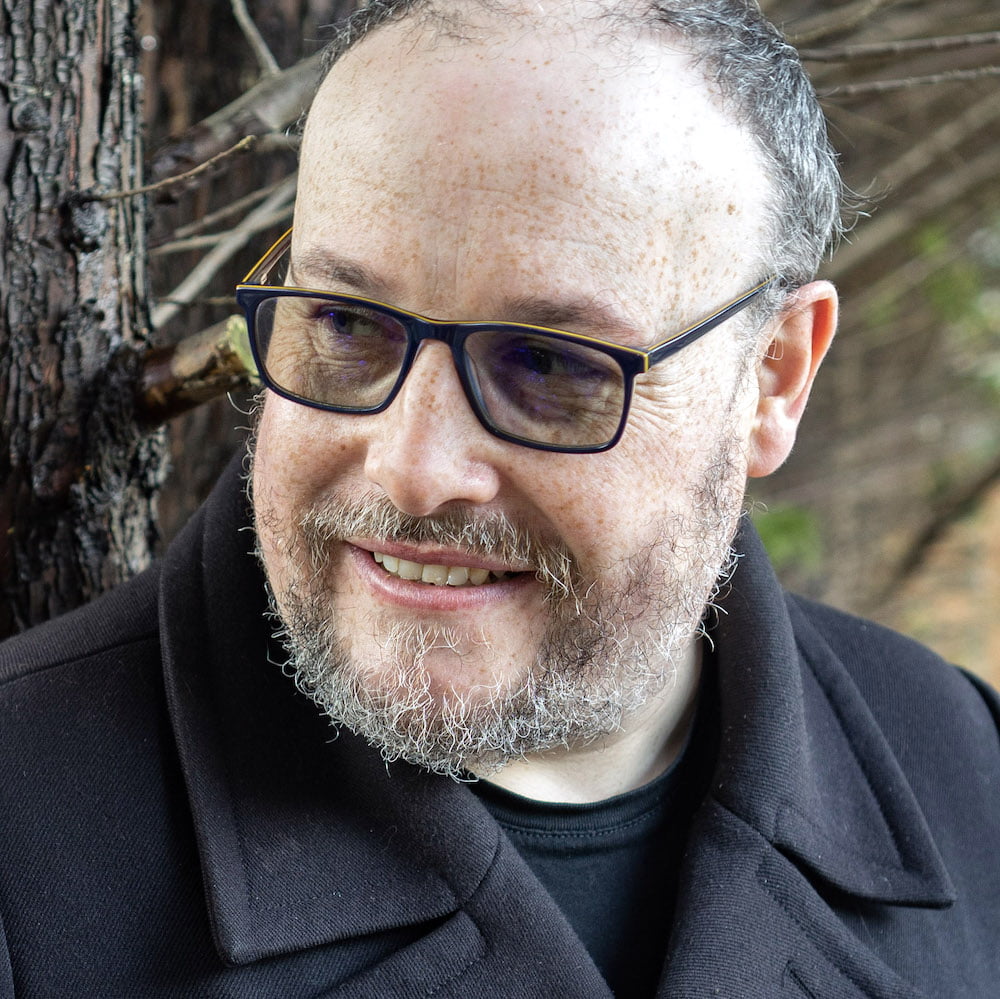 Shadowlands by Russel D McLean
Shadowlands is a supernatural thriller series set in the Scottish Highlands. When a corpse is discovered in a whiskey barrel at a remote Highland distillery, a newly reassigned police sergeant finds herself drawn into what seems an impossible mystery, with roots deep in the past. As strange events start to plague the local community, she finds herself forced to confront the possibility of dangerous supernatural forces at play.

Russel D McLean is a novelist, screenwriter and freelance development editor from Glasgow, Scotland. He is the author of seven crime novels — including the darkly comedic Ed’s Dead, which was described as “a really authentic and remarkable read” by bestselling novelist, Martina Cole — and several short stories that have appeared in magazines and anthologies in the UK and the US. His screenplay for the pilot of Shadowlands was a quarter-finalist in the WeScreeplay TV Pilot Competition, 2022, and a semi-finalist in the TSL Free Screenplay Competition, 2022. In 2018, he was part of the Write4Film course run by The Scottish Film Talent Network. 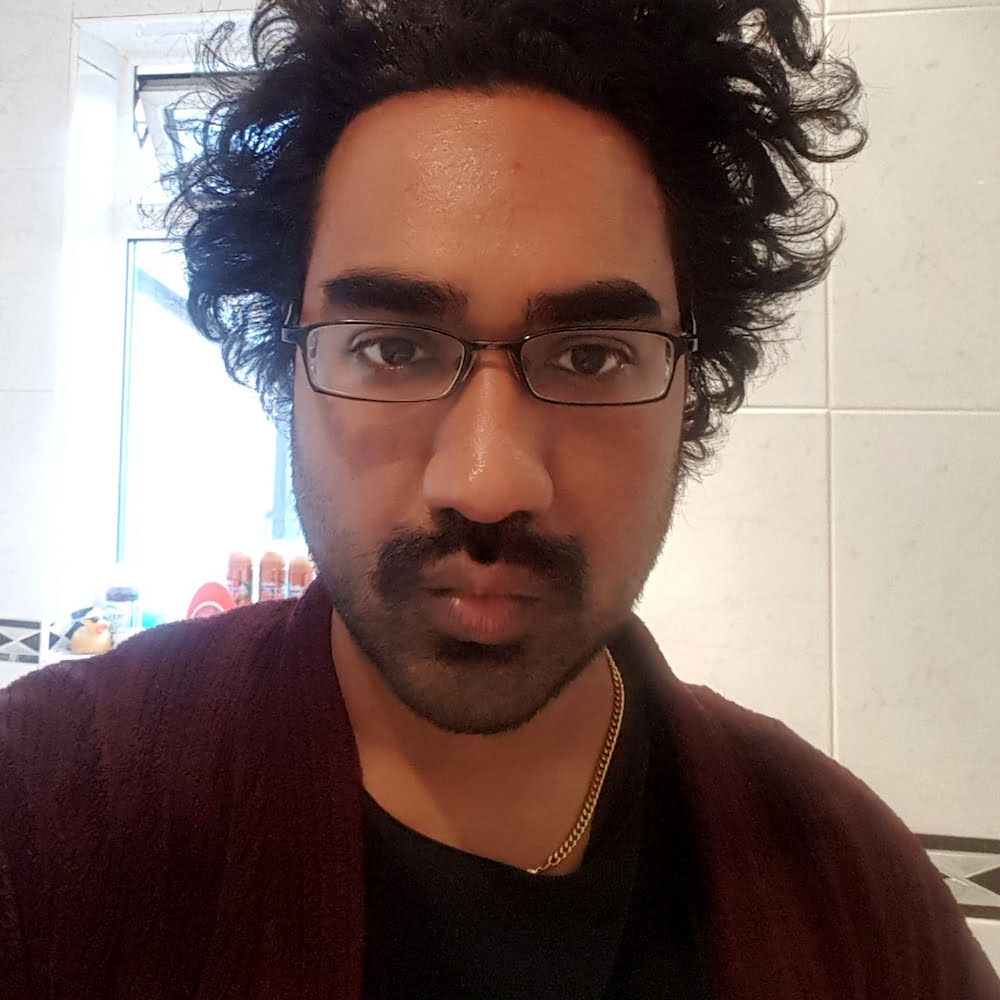 Sacrificial Lambs by Salim Allybokus
Sacrificial Lambs is a 60-minute horror drama series about a quaint English university town and its celebrated university. The more the university maintains its endless production line of success stories, the more the town thrives. But as the superstar graduates scale impossible heights and the town’s disaffected teenage residents continue to disappear, is everything as it seems? Or is there something much darker lurking within this very polite society?

Salim Allybokus is a new writer from North London, represented by Revolution Talent. After graduating from the BBC Writersroom’s Comedy Room development scheme in 2017, he was placed on the BBC’s New Talent Hot List. In the same year, Allybokus was chosen by the BBC to contribute a short monologue for Radio 3’s Music Day, and collaborated with Beano Toons and The Connected Set to write the children’s cartoon Evil Deputy Headmaster.

Allybokus’s dark TV comedy Death of a Ladies’ Man won Best Scene at the Wildsound Writing & Film Festival Review Competition and was later optioned by LA Productions. In 2019, he was chosen from over 300 writers to work as a development writer for Particle 6 Productions, writing and producing seven sketches for BBC Bitesize’s Fresher’s Week online series. 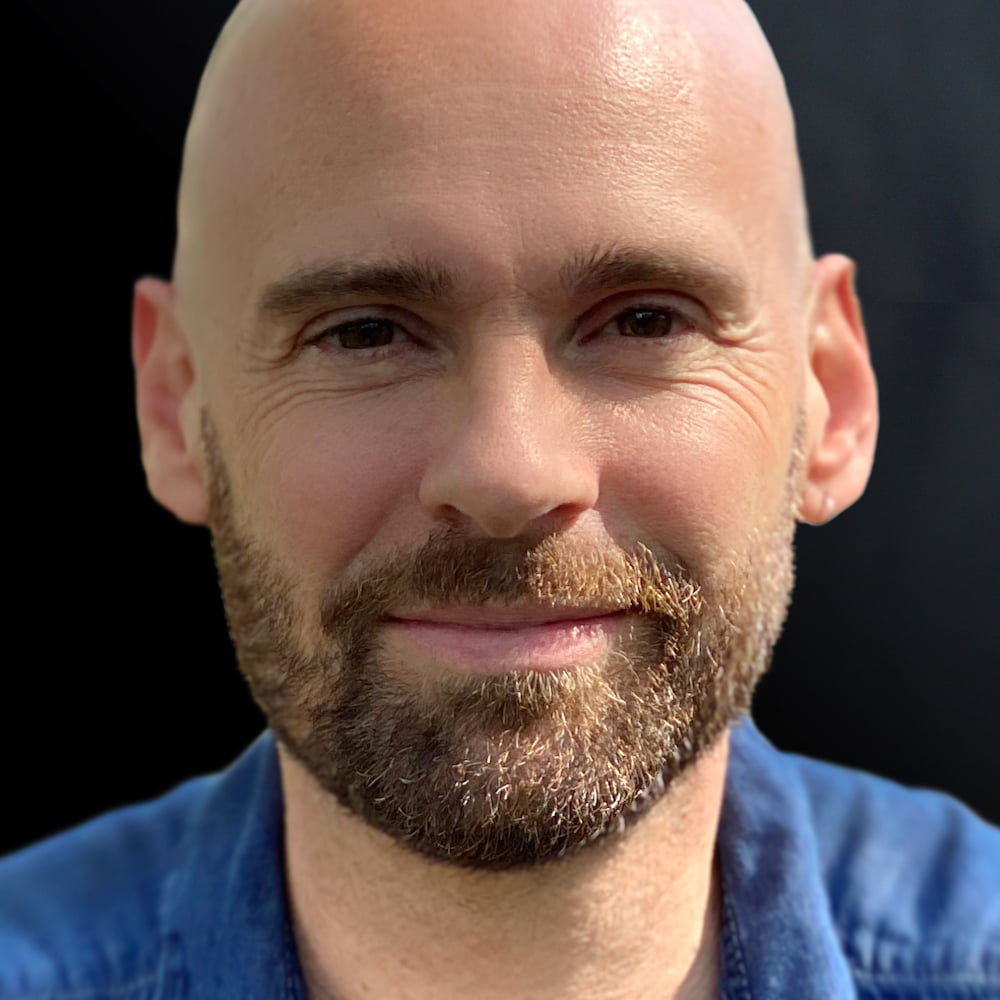 The Truth by Tobias Hussey
A Jehovah’s Witness teenager struggles with his burgeoning sexuality and the overwhelming curiosity to experience a forbidden world, at all costs. The show offers a behind-the-curtain peek into the mysterious world of Jehovah’s Witnesses through the eyes of Isaac. Bored of the forever-long sermons warning of the dangers of straying from the right path, the teenager dreams of a forbidden life as a ‘90s rock star. On a community round with his father, the much-respected congregation elder, Isaac has to knock on the door of the girl he has a crush on and preach to her about The Impending Armageddon. Embarrassment turns to opportunity when a bible study with benefits ensues, plunging Isaac into a double life of sex, drugs and rock ‘n roll, while also facing an imminent baptism and the prospect of excommunication. A chapter no scripture prepared him for. The Truth is Unorthodox, Euphoria meets Normal People.

Tobias Hussey is a former Jehovah’s Witness, photographer and frontman of an alt-rock band. After travelling the world with his guitar and camera, he returned to London to begin his writing career, with a focus on communities shrouded in mystery. In addition to Studio21, he is also an Austin Film Festival International Pitch finalist and an Edinburgh TV Festival New Voice Drama nominee.