Diversity and Representation: A Writer-Led Revolution

An original article by Jay Harley

Until now, every article I’ve written for the Script Angel site has addressed writers and asked them to reflect on their practices and think on ways in which they can improve. For the most part, the writers who come to our site for help, do so with an open mind and a willingness to learn. However, we appreciate that receiving notes or advice can be really tough.

Sometimes, it can feel that a broad criticism of what writers ‘tend’ to do is something you would never consider. But then, you may catch yourselves out at a later date and think “Oh yeah, I guess I do that sometimes – perhaps I’d better make more effort not to”.

As a note-giver, I am acutely aware that the way one gives notes is important, as there may be a reflexive defensiveness, innately human and totally understandable, that could get in the way of hearing what I have to say, returning an “I don’t do it” or “Well yeah, obviously I know that.”

So, this article is a change of pace. For the first time I’m addressing The Industry – the agents, producers, commissioners – essentially the note-givers. What I’m going to say may seem obvious. It may initially sound like something you’re already doing. You may wonder who I am, the upstart that expects you to listen to me, without any notion of the financial and practical implications of my suggestions. Please, grant me a simple favour, read on with an open mind and a willingness to learn.

The Fundamentals of Caring

Please trust that I know you. I was you, or at least I was skirting the bottom of the career ladder you were climbing. I was the thorn in the side of my bosses. I was the niggling voice of political correctness or feminism or diversity in every script meeting and story conference. I was told on multiple occasions, “Yes, we know diversity is your thing” as if the organisation wasn’t mandated to be more diverse. And more than anything, I firstly want to say how grateful I am that you are all now trying so hard to cast diversely and tell stories from different perspectives. But now I come to you, on behalf of writers, to ask you to level up – for some parity between on-screen representation and behind the camera diversity.

Tokenism has been queen for decades. If we say we lack trans representation, networks point to Boy Meets Girl, and tells us we should be grateful. Most people’s first and only experience of a trans character was Hayley in Corrie and, Julie H is amazing but, Hayley was played by a cis woman. We want trans people in roles that aren’t about ‘being trans’ and the only way for this to be ‘normalised’ is to have trans writers on staff, entering into creative discussions and bringing authentic trans stories to the table.

Hear me when I say I know you are trying – I see it, from adverts to CBeebies, to prime-time classics, I see your diversity targets. Hear me when I say I need you to try harder, to turn your attention to your writing talent. It is not enough to have a young development assistant going to all the plays and being the niggling voice in your weekly meetings suggesting untested but diverse talent that you’re not quite sure is ready yet. You need to do some heavy-lifting right now. 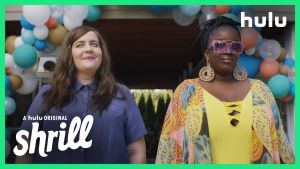 You may be a woman who has had to struggle for everything in an industry that is still headed by men. You may have spent the last decade filling your slate with female writers and I love you for that. But are they white writers? Are they from a privileged background? Are they well-educated and clever and a lot like you, actually? I get it. The first thing I do every time I have the chance to hire someone is get my friends in, or people to whom I can relate and people who have something to say that I urgently want said.

I have also curated the most liberal, diverse, box-ticking and exciting slate of talent and projects you could ever imagine, just to have the whole list rejected by the commissioner – all but for one idea, which was thrown-out instead at the second round. It hurts. Naturally, I thought, what is the point?

The point is that, like you, I care. I care more about this than anything else. I could only maintain my position as a creator, a creative, if I used my position to put forth diverse and ‘interesting’ talent, because that is what The Industry is saying it wants. I had to move with the times and be ahead of the curve and see everything and talk to everyone and where did it get me? Basically nowhere. It’s so tough, isn’t it? So demoralising.

And for all the furore at the start of this year, by humble bystanders like me, bemoaning The Industry giving accolades to safe bets and awarding old, white men, again. Think for a moment about those people who did, against all odds, get something made. Think about Booksmart, Queen & Slim, The Nightingale, Us, Hustlers… Think about the hard-working teams, the hard-won commissions, the dazzling raw talent that against all odds made it through to production only to be totally ignored by The Industry, who’d said that’s what they wanted.

So that’s it. Vindicated. You’ve tried, but every time you go out there and push your writers of colour, your disabled talent, your up-and-coming trans novelist turned scriptwriter, your plucky council estate dramaturg, you get knocked back at the last hurdle. It hurts, you can’t do it anymore. Plus, you’re getting a reputation.

I hear you. I know that when you re-group and take the knocks and pick yourself up, you’re grateful for the commissions you did get this time. More safe hands, more same old same old. It’s definitely not your fault. You tried. Blame it on your bosses, your commissioners, your networks. Blame it on The Industry.

Problem is, and this really sucks, because you are trying… the problem is that you are The Industry. The audience don’t see all of the hard work and knockbacks and failed pitches. They see the finished result. More of the same on their screens. They are not fooled by on-screen diversity targets. They see your Cold Feet, your Louis Theroux, your desperate bids to retain the status quo. Rule Britannia, Brexit rules the waves, there is no place for us in broken Britain.

Maybe you’re still thinking I’m an upstart and wish you hadn’t bothered reading. Maybe you totally agree, obviously, but don’t see what you can do about it.

The problem of diversity is, of course, a response to the multi-layered and impossible-seeming problem of structural oppression. The required response is not as simple as diversity targets or good intentions, but will require radical solutions. It will require you, an individual soldier in this battle, to team up with other individuals to present a united front. It will probably require some reading – maybe start with Allan G. Johnson’s book Privilege, Power, and Difference (2006) – an examination of the structures from within, from a position of privilege.

Firstly, acknowledge your privilege. You, as an individual, will have struggles in your life – but, you will also benefit from the following, as appropriate, your whiteness, maleness, straightness, cisness, able-bodiedness, parental education and income-ness. You know this. Stop denying it. Stop pretending to be more working class that you are (I’ve seen you, I know you do it, ‘mate’). No one is coming for your job. You can still be you, it is safe to be you, but you need to use your privilege within the system to champion others. You need to shut up sometimes and let them speak. Yes, this is my least-favourite thing too, but it is time.

Recognise that privilege is everywhere and just because you have now acknowledged your privilege, don’t assume that those around you aren’t ignorantly or willingly turning a blind eye, in fear for their position in the system. Be aware of the structural inequalities that mean when they say “the best idea won” they mean the safest, the most normative, the whitest, the straightest.

And now you’ve seen it. You’ve entered The Matrix, you can’t unsee it – you’ve broken the fourth wall and you’re looking at your diverse audience and seeing what they see, it’s time to make little changes. What if the next slate you develop is all wild cards, no safe options. Yes, it’s your job to get work for your talent, to get commissions, to get stuff made. But if you’re in a position where you are the safe pair of hands, then you can take more risks.

If you’re not there yet, if your survival depends on getting stuff through, then be sly about it. Don’t point out that your slate is all female writers. Don’t mention queerness, ethnicity, disability stats, just offer up one writer after another who has something to say and knows how they want to say it. Nurture these blooming talents and when the commissioners realise they can’t rest on their laurels and go with what they know, they will have no choice but to pick you.

When industry bods are asked why they don’t employ more trans writers, they make the excuse that it’s harder to find writers of quality. Up-and-coming trans writers; in theatre, short film, as yet unrepresented by agents, aren’t yet up to the standard of their more privileged cis counterparts.

Which means listening. Don’t bring new, innovative, diverse voices into the fold and quash them, batter them into Industry-shaped holes, in order do things the way they’ve always been done. The privilege of ‘giving voice’ also means shutting up, listening and getting out of the way.

In an unprecedented step for me, I am finishing on a poem, which says all I wanted to say and more.

“Stubborn Ounces” by Bonaro W. Overstreet
(To One Who Doubts the Worth of Doing Anything
If You Can’t Do Everything)
You say the Little efforts that I make
will do no good: they never will prevail
to tip the hovering scale
where Justice hangs in balance.
I don’t think I ever thought they would.
But I am prejudiced beyond debate
in favor of my right to choose which side
shall feel the stubborn ounces of my weight.

Jay Harley is a proud member of the Script Angel family, and now works as a Screenwriting Coach. They have formerly worked in TV, radio and film, factual, drama and comedy and have been a script editor for ten years. They are also proudly trans and queer, and they love talking about diversity and representation, especially on Twitter: @MxJayHarley