I mentioned in a previous post why I know first-hand that structure can feel for some like their script nemesis. This blog post outlines some more thoughts I’ve found useful of ways to think about structure: 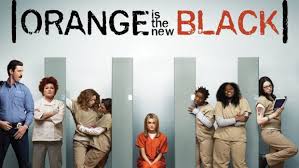 Structure is most often referred to in the macro – the number of ‘acts’ in your script and its shape as a whole. But structure is less often thought of in the micro; the way in which your story delivers a single scene. Each scene has a status quo which is interrupted by something (ideally) dramatic, where a unit of story is delivered to the audience (almost certainly) through conflict, and the result is a changed situation. It’s easy to forget that it is this level that can shape the clarity and tone of the script.

Structure: when is a problem the story, and when is it how it’s put together?

When there’s an issue in your script, one of the biggest questions is whether it’s the story or plot – which are usually intertwined in the writer’s head – that’s at fault. Is it something that doesn’t quite sit right in the dynamic of your character’s journey and what happens (content), or is it because of where a piece of information sits in the script and how it is delivered (context)?

I’d love to hear any tools that you have for this process, but for me it’s getting the writer to test it in different ways: if it’s a feature, what’s the overall message or theme of the script – and does this scene fit within that? If this scene were removed, what would be the result on the larger plot? What would the opposite outcome of this scene look like? It’s also often useful to see in its simplest form (cue cards, scene by scene outline). Other suggestions are welcome!

Below are some common elements in scripts that relate to structure:

The circular narrative: this is frequently used in TV and feature specs alike (and particularly in comedy). The opening scene of a script presents a scenario, usually a tense/climactic situation, after which the narrative jumps back in time to present the events leading up to this moment.

The flashback and montage:

So this is just a few thoughts to steer clear of structure potholes, identify structure issues and be aware of some of the more popular structure shortcuts (and when you might not want to use them). Feel free to add them to your structure ‘toolkit’ – and post below your own suggestions, or how these concepts have worked (or not worked) in your own writing experience.