Reader-Proof Your Script – The ‘X’ Factor – by Xandria Horton

Since joining Script Angel, I felt I should take some time here to introduce myself. Only polite really, since if you buy a Script Analysis Report, you will be getting notes from me on which elements of your script are working well and suggestions for things that can be improved in your next draft. 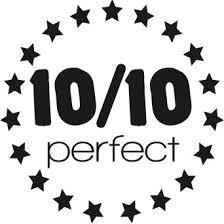 There are lots of good ‘Reader-Proof your script’ blog posts out there*, designed to ensure your script will get past the dreaded script reader, but this blog has the ‘X’ Factor. The ‘Xandria’ Factor.

Now, obviously I’m not claiming I have anything near Simon Cowell-levels of money or power to greenlight your project, or that any audience participation or buzzers are used in my script development**. But I do have experience with both juggernaut companies who produce hit TV series and films across the globe and the plucky new indies who have clout through their gumption and know-how. This has given me a brilliant insight into the ideas that get across the commissioning line and those that don’t. Outside of Script Angel and with my Script Reader hat on, I am only one of a series of gatekeepers that a writer needs to excite with their script, which includes producers, film funding agencies and TV commissioners. Scary!

Most scripts by their very nature start their lives as precious, personal and intimate stories you nurture in the dark, only bravely unveiling them once you have expended hours of sweat, tears and toil. We particularly appreciate this at Script Angel, and so here are some tips to reader-proof with the ‘X’ Factor, based on things I have personally found can help – or hinder – your story.

Give your story the best intro that you can: are you starting page 1 of your script with one of these openings?

Obviously, you may find brilliant, original and inventive ways of making any of these tropes work, but these are frequently used and can therefore be a ‘red flag’ to readers in terms of how original or fresh the ideas appear to be. Of course, we hope that we’re wrong, but first impressions are important.

Bechdel Revisited: this is all about ‘intros’ in description. Whilst bad characterisation is by no means limited by gender, one virtually unique problem to female characters is an introduction along these lines: “JANE (20s), attractive, walks in”. Whilst contradictions, conflicts and desires virtually ooze out of the best comedy and drama characters, if the first and/or only thing the script has told us about your character is that she’s pretty, all this tells us is “THIS CHARACTER EXISTS TO BE A LOVE / LUST INTEREST”. As the brilliant former Vogue editor Diana Vreeland says, “Prettiness is not a rent [women] pay for occupying a space marked ‘female’.” What else do we need to know about your female character? Do they need to be attractive?

Tell me where I am, when I am and who I should be following: a script opens with several people talking around the dinner table. How do we know who is your main character? And, more broadly, how do we know when and where we are? Of course, there’s getting the world established and there’s getting the story going, but the more you write, the easier it will be to find a balance.

Keep me oriented in the script: one skill that can really make a script a joy to read is a writer who keeps the reader oriented in their story – even giving each scene a clear opening image. Think visually, without prescribing the camera angles unless it’s needed to follow the story. This will make action setpieces (car chases, fights etc) a real pleasure to read, and the best are usually simply written.

Don’t write the story you think I want to read: and by this I don’t literally mean me, I mean that you’re writing a script based on a recent success (Breaking Bad, Happy Valley, Peaky Blinders) rather than the story you are actually interested in. This is part of developing your own voice, which takes a lot of work. However, you’ll only ever write your best spec script once you’ve developed a style that is truthful to you. Obviously, many writers will want to write on established series or soaps, in which case you will aim to keep an element of your own voice but ensure that your writing fits into a pre-existing tone and structure.

Remember that I want your script to be good: I think it bears repeating; whether it’s developing a script through Script Angel or even being a dastardly reader, I want your script to be good. I will be willing it on from page 1; I will ignore that typo on page 4 if there aren’t three more by page 12***; I will look for the trail of story breadcrumbs you’ve left and try to make sense of any small plot or character questions I have, in quiet confidence that your story has me in safe hands and all will be answered to my satisfaction. And I’m no different to any other reader. We rejoice when we find a character who feels truthful and interesting and we can invest in their journey; and we want to go to our producer friends and bosses to tell them that we’ve found a script they’ll want to make.

So next time you’re thinking about submitting a script, ask yourself the age-old question: does it have the ‘X’ Factor..?

*If you’re looking for a couple of those other good articles, here they are:

**Currently. Of course, that could be the Next Big Thing, who knows.

*** Which implies that you’ve not taken the time to read it over before sending it out, which can be frustrating. However, if you’re doing a last-minute rewrite on a shooting script, unless it changes the meaning, we will be more forgiving!

Xandria Horton is a Script Analyst for Script Angel. You can find out more about Xandria’s script feedback services here.