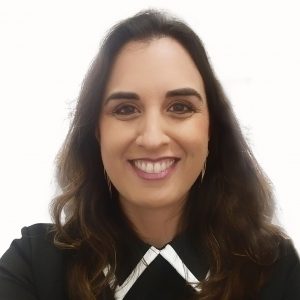 Monica said, “I admire Script Angel’s ethos to open up opportunities for professional feedback and coaching to writers from all walks of life and stages of their career and it is a pleasure to join Hayley and the team as Screenwriter Coach. I’m looking forward to helping writers develop their talent and potential, support them through the screenwriting process and can’t wait to see what projects lie ahead!”

Welcoming Monica to the team, Script Angel founder Hayley McKenzie said, “Monica is a highly skilled script development professional with a wealth of script editing experience on high-end television dramas for the UK and internationally. Her experience across such a broad range of drama and drama-comedy series is a great addition to the Script Angel team, and her love of helping writers to develop distinctive and compelling stories makes Monica the perfect fit to join our screenwriter coaching team.”

Hayley added, “The huge increase in high-end drama series being commissioned across the globe is providing emerging writers with a truly international canvas. I’m thrilled to welcome Monica to the team to help us provide emerging writers with the script development support they need to hone their professional skills and find their place in our competitive industry.”

Script Angel is a screenwriter coaching and professional development company. Founded by experienced film and television script executive Hayley McKenzie, Script Angel provides world-class coaching and script development support to writers across the world, at every stage of their career. Script Angel and its team of experienced script development professionals has built a reputation for helping emerging screenwriting talent to develop their voice, hone their craft and establish a writing career in the film and television industry.